A Saturday shift at the Deptford Fire Department featured a crew of all women.

DEPTFORD, N.J. - "You can do anything you set your mind to!" That's the message female firefighters in Deptford are hoping to spread.

As Women's History Month comes to a close, it's fitting that Saturday's shift at the Deptford Fire Department featured a company staffed by all women.

It's a sight not often seen in the male-dominated field.

"It’s very rare, very rare. I mean, we’ve had obviously a couple of us on duty for duty crews together, but this is the first time we’ve done a truck of just females running the station."

"We run duty crews in Deptford and they are typically a five-person crew., Jennifer Smith said.  "We can add in a junior. so today we have five females and one junior member."

Deptford Fire Department has been around for more than 100 years. but this has always been a family business, according to mother-daughter duo Megan & Debbie Thelen.

"This is great, this is family affair for us. My husband is the station captain, our son is a student at UD is also a firefighter here so she’s second generation." 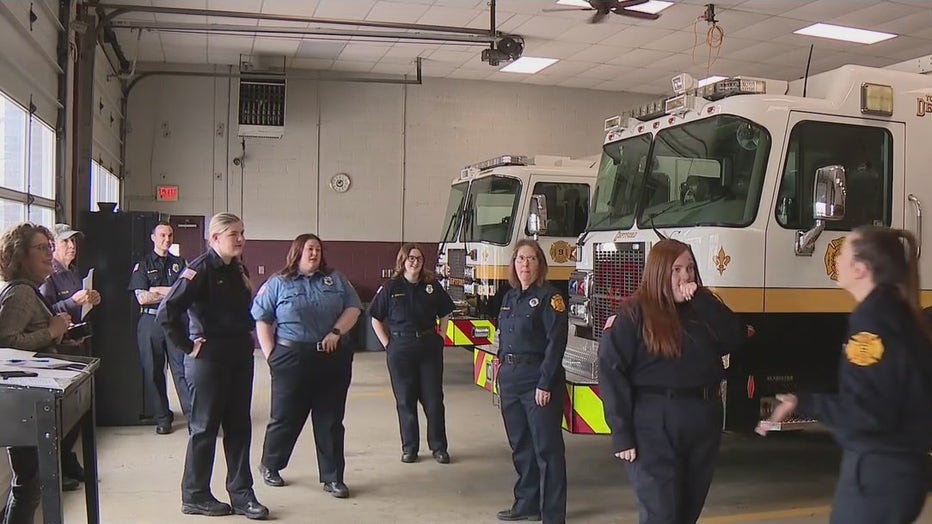 Her daughter has taken the baton and ran with it to inspire a younger generation.

"It’s awesome, I love to do this," Megan said. "It’s important, now I'm starting to be involved more with the cadet program which is getting kids 12-16 to come out and learn more about the fire station."

Lt. Smith says the power of perseverance also plays a large role in being a female firefighter.

"It's rewarding," she said. "At times it can be tough because yes, it is a male-dominated field, but here, particularly it's not so much."

The department is hosting a cadet recruitment night for children ages 12 to 16 on Tuesday for anyone interested in joining the profession.