Officials have charged the man allegedly responsible for the death of a father of four in Upper Darby.

UPPER DARBY, Pa. - Authorities say the suspect in an alleged road rage shooting that left a Delaware County father of four dead has been charged after turning himself in.

Officers from the Upper Darby Police Department were called to the intersection of Lansdowne Avenue and Winding Way around 8 a.m. for reports of an unconscious man behind the wheel of a white van.

A 56-year-old man was found slumped over with an obvious gunshot wound to the head, according to police. The victim, a husband and father of four from Havertown Twp., was pronounced dead.

In a Friday afternoon update, Upper Darby Police Superintendent Timothy Bernhardt told reporters that authorities were interested in speaking to the driver of a white Audi A4 that might have been at the intersection during the deadly shooting.

It's believed that the Audi sped through the red light after the shooting while surrounding traffic was unaware of what had happened.

A person behind the victim's van got out to check on the driver when he didn't move when the light turned green and found him fatally shot, investigators said.

Bernhardt said authorities have also recovered a car with a bullet hole and a firearm on Friday night.

Authorities say a suspect in a deadly road rage shooting that left a Delaware County father of four dead surrendered to police on Friday night. Upper Darby Police Superintendent Timothy Bernhardt said authorities have also recovered a car with a bullet hole and a firearm on Friday night.

Police say Lloyd Amarsingh turned himself in Friday night and told officials he was cleaning his gun when it went off. 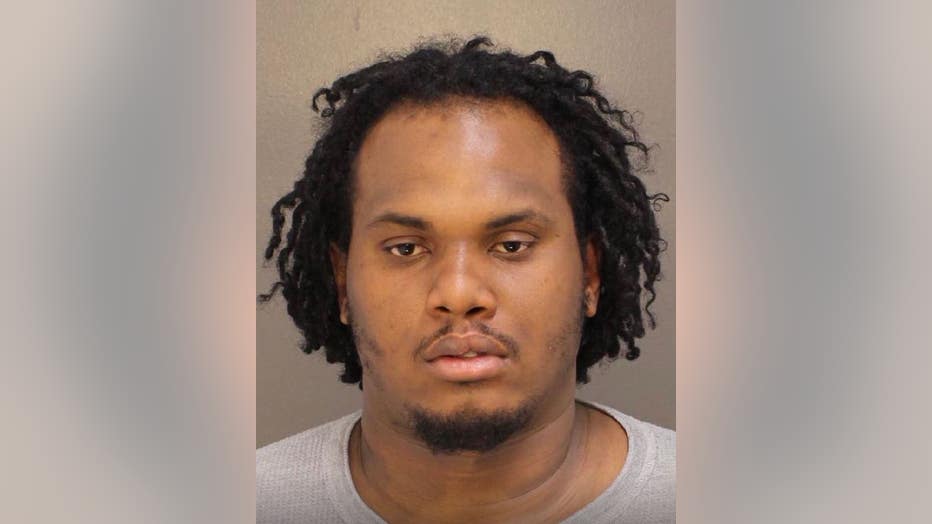 Lloyd A. Amarsingh turned himelf in on Friday after allegedly shooting and killing a father of four in Upper Darby Township.