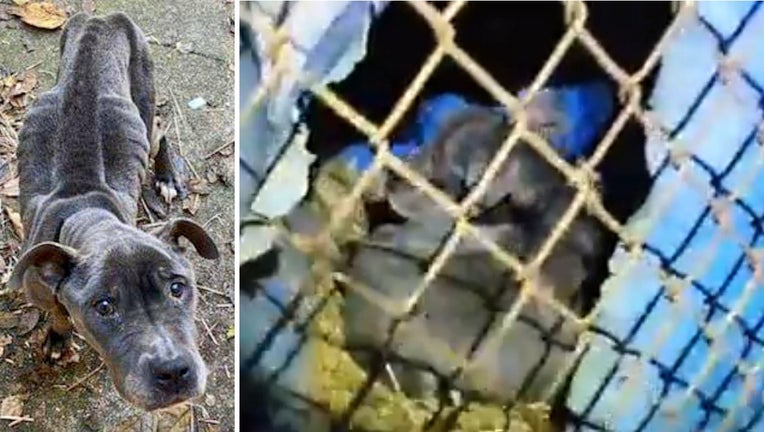 CHESTER, Pa. - An emaciated dog has died after being discovered inside a blue barrel amid frigid temperatures in Delaware County.

"As the temperature dips to near freezing, Ron found Gwen, just in time - inside a blue barrel," the shelter wrote in a Facebook post.

Officials rushed the pup to an emergency vet for immediate care.

On Tuesday, advanced diagnostics revealed cancer has spread all over Gwen's body. A noticeable tumor in her bladder rendered her unable to urinate, and her lungs and chest were full of fluid that caused labored breathing.

Shelter officials said the decision was made to end Gwen's suffering.

"Gwen’s story ends on a rainbow bridge," the shelter wrote. "As much as we wanted to save her... we’re at peace knowing Gwen spent her final days surrounded by compassion and not alone on a cold Chester street, shivering inside a blue barrel."

Those interested in donating to Providence Animal Center can do so here.