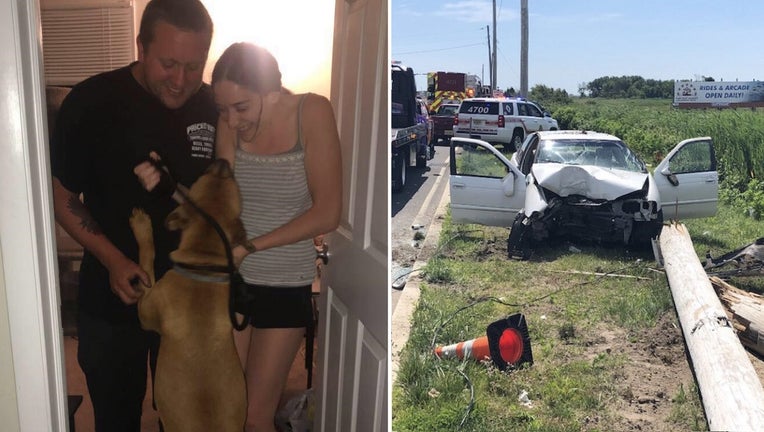 LITTLE EGG HARBOR, N.J. - A dog who went missing after a car crash in southern New Jersey last month has finally been reunited with his owner.

Jax, a rottweiler-boxer mix, was riding in a car driven by 23-year-old Gabrielle McMillan of Little Egg Harbor, when she struck a utility pole on Route 72 in Stafford Township on June 24. The car then rolled over and Jax somehow escaped and ran off.

McMillan was injured in the crash and was taken to a hospital. She has since returned home and continues to recover.

Jax remained on the loose in the days after the crash, despite numerous attempts to track him down with a drone, trail cameras and baited traps set by animal control crews.

He was finally captured and reunited with McMillan on Monday.

A GoFundMe has been set up on behalf of Jax and his family to assist with medical costs incurred by the crash.