Officials say 33 states, including Delaware, have reported possible cases of lung illnesses associated with the use of e-cigarette products. FOX 29's Chris O'Connell has the latest.

The new bill, which is slated to be introduced on Oct. 17, seeks to protect those younger than 18 years of age from the “harmful effects of e-cigarettes that contain a high concentration of nicotine salt and flavorings.

Health officials are citing the unknown ingredients within e-cigarettes as a large factor for their concern.

“No one knows what’s in these products,” Dr. Farley explained. “Even the FDA doesn’t know, because they haven’t required manufacturers to submit a list of ingredients.”

The dangers of vaping and e-cigarettes is further evidenced by officials declaring that the habit is responsible for “the majority of cases of nicotine poisoning.” 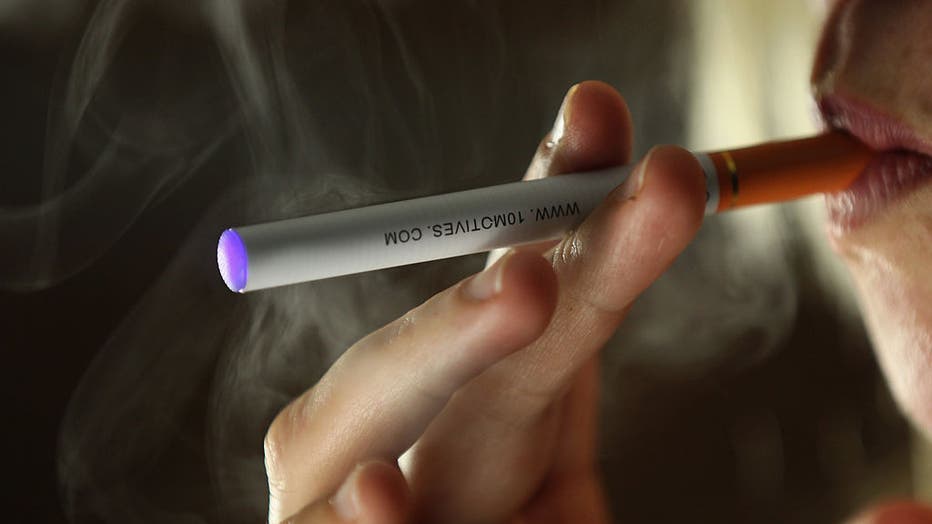 “My message to people in Philadelphia is this: don’t use products that you don’t know are safe. Until we know more, don’t vape,” Dr. Farley further urged.

Approximately 97 percent of current youth e-cigarette users use flavored cartridges and 70 percent indicate that the flavors inspire their use, according to a study published by the American Academy of Pediatrics.

“These products are addictive and killing young people,” added Mayor Jim Kenney. “The FDA should have regulated this industry a decade ago, and Philadelphia won’t sit idly by waiting for federal action.”

On Oct. 3, the Pennsylvania Health Department confirmed the state’s first vaping-related death and reiterated a recommendation against vaping.

Currently, the number of vaping-related illnesses nationally have surpassed 1,000.

If the legislation passes, violations could carry a $250 fine.