A fast-moving fire has roared through a Chester County apartment complex, displacing dozens of residents but not causing any injuries.

GLENMOORE, Pa. - A fast-moving fire has roared through a Chester County apartment complex, displacing dozens of residents but not causing any injuries.

The fire broke out around 1:45 a.m. Tuesday at the Renew at Glenmoore complex on the 600 block of Ardsley Place.

Witnesses say flames were shooting through the roof of one of the complex's buildings as firefighters arrived on scene. But they were able to bring the blaze under control in about 90 minutes.

Fire officials say aggressive first responders were aided by residents who heard the alarms and reacted as they should have.

“They were able to safely get out. They left their belongings behind. They have always been taught to get out and be safe and we can happily say no injuries because of that," Ludwig Corner Fire Department Chief Jeff Kimes said. 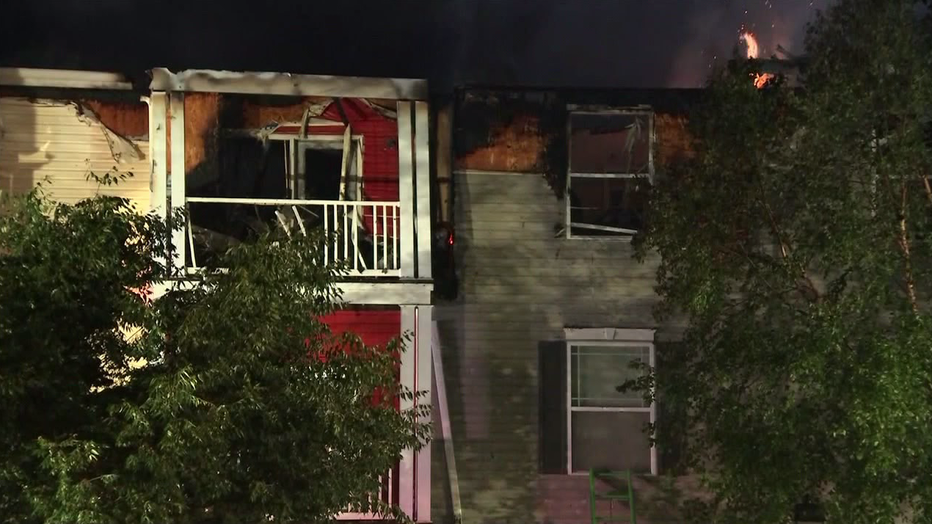 Authorities say at least 38 units at the complex were damaged in the fire, displacing about 70 residents. Many of them were receiving help from the American Red Cross.