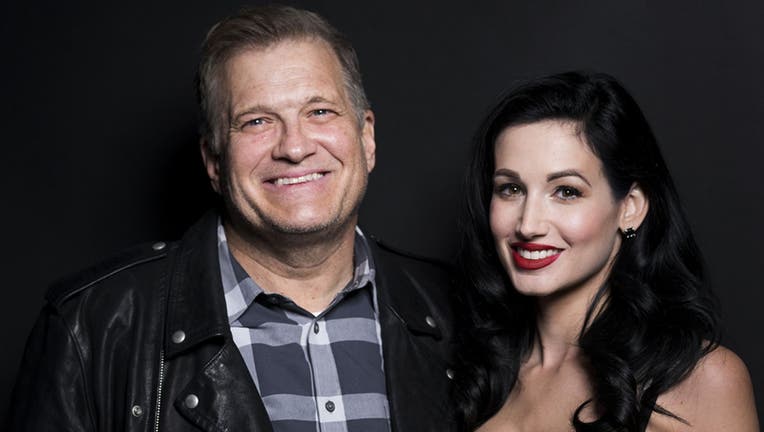 HOLLYWOOD, Calif. - Dr. Amie Harwick, the ex-fiancée of comic and "The Price Is Right" host Drew Carey, was found dead in a Hollywood Hills neighborhood, and an ex-boyfriend was arrested on suspicion of murder, police told multiple news outlets Sunday.

The suspect, 41-year-old Gareth Pursehouse, was arrested outside his home in Playa del Rey and booked on murder charges, the website added. Harwick and Pursehouse recently had broken up and she filed a restraining order against him, but it recently expired, Deadline reported.

Harwick and Carey had started dating in 2017 and announced their engagement in 2018 -- but called it off less than a year later. A representative for Carey described the split as "very amicable."

Police said they were responding to reports of a "woman screaming" on Saturday when her roommate said Harwick was being attacked, KCBS reported. When officers found Harwick, they determined her injuries were "consistent with a fall." Doctors pronounced her dead at a nearby hospital.

In addition to Harwick's work in therapy, she also appeared in the 2015 documentary, "Addicted to Sexting."