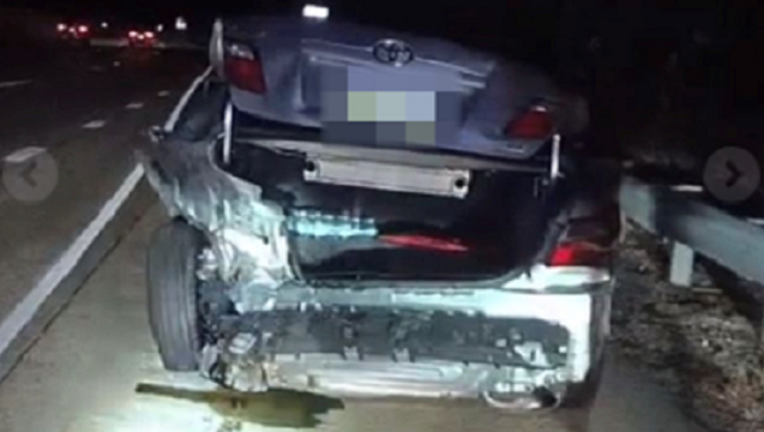 TREDYFFRIN TOWNSHIP, Pa. - A hit-and-run in Tredyffrin Township has police searching for the driver that struck a vehicle.

Officials say, police discovered a Toyota sedan, occupied by five people, had been struck by a vehicle going at a high rate of speed, on southbound 202. The vehicle did not stop, but continued traveling south on 202.

The Toyota sustained heavy rear-end damage as a result of the striking vehicle.

Police are asking anyone with information to contact them at 610-408-3639, extension 2096. Tips can also be emailed at mjspirito@tredyffrin.org. Anonymous tips can be submitted through CRIMEWATCH at TredyffrinPD.org.