Here's a look back at some of the notable business ventures by Elon Musk, who has quickly risen in the ranks of the wealthiest men in the world.

The tech billionaire made the announcement on Twitter in response to a tweet by Ukraine’s minister of digital transformation saying that while Musk tries to "colonize Mars," Russia is trying to occupy Ukraine. The minister called on Musk to provide his country with Starlink stations.

Starlink is a satellite-based internet system that SpaceX has been building for years to bring internet access to underserved areas of the world. It’s powered by SpaceX’s network of nearly 2,000 low-orbit satellites.

Starlink markets itself as "ideally suited" for areas where internet service is unreliable or unavailable because isn't limited by traditional internet infrastructure. Notably, SpaceX had recently used Starlink to help restore connections in Tonga after a huge volcanic eruption and tsunami severed a crucial undersea cable. 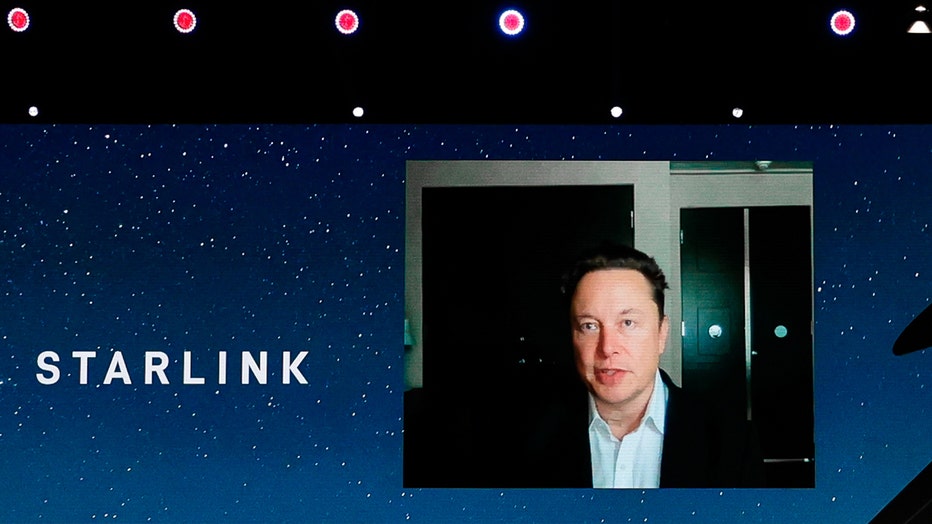 Elon Musk, the Chief Engineer of SpaceX, speaking about the Starlink project at MWC hybrid Keynote during the second day of Mobile World Congress (MWC) Barcelona, on June 29, 2021 in Barcelona, Spain. (Photo by Joan Cros/NurPhoto via Getty Images)

Internet service has been disrupted in several cities throughout Ukraine amid Russian attacks, including Kyiv, Mariupol, and Kharkiv, and Kherson, according to internet monitor NetBlocks.

Also at play is damaging online propaganda — a reminder, experts say, that the internet has changed the way nations go to war. Analysts who monitor propaganda and disinformation say they've seen a sharp increase in online activity linked to the Russian state in recent weeks.

The U.S. has information indicating Russia is publicizing false reports about widespread surrenders of Ukrainian troops and claims that Moscow plans to "threaten killing family members of Ukrainian soldiers if they do not surrender," according to State Department spokesman Ned Price.

"What is far more dangerous is Russia’s ability to influence what populations everywhere believe," retired Army Lt. Gen. Michael Nagata, a former director of strategic operational planning at the U.S. National Counterterrorism Center, said. "To get them to believe things that are useful for Russian strategic interests... If you’re able to change what an entire population believes, you may not have to attack anything."

RELATED: Who is the 'Ghost of Kyiv'? Tale of Ukrainian fighter pilot trends on social media

Explosions were seen and heard in parts of Kyiv as tensions amplify in the early hours of Saturday morning.

On Sunday, Ukrainians awoke after the third night of Russia's massive assault to street fighting in the country’s second largest city, Kharkhiv.

Also on Sunday, Vladimir Putin put his nuclear forces on increased alert, in an unprecedented escalation of tension with the West. He ordered Russian nuclear weapons prepared for increased readiness to launch.

Ukrainian president Volodymyr Zelenskyy then agreed to send a Ukrainian delegation to meet with Russian counterparts at an unspecified time and location at the Belarusian border for talks.

The United Nations’ refugee agency has updated the number of Ukrainians who have fled to other countries to 368,000.

RELATED: Ukraine crisis: How you can help

This story was reported from Detroit. The Associated Press and FOX Business contributed.