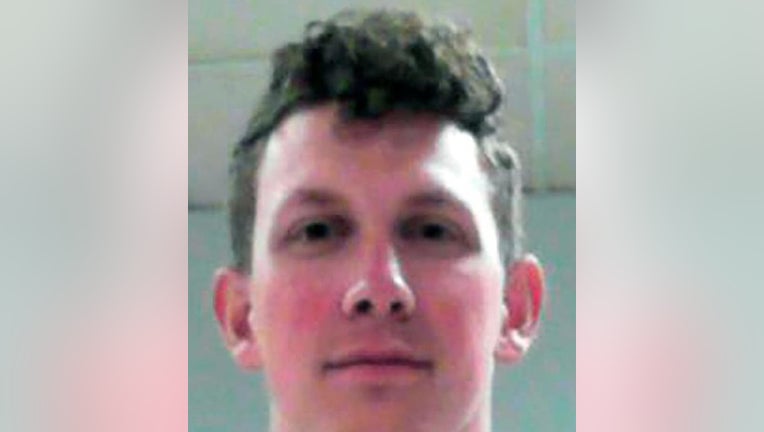 Joseph Chase Hardin, 22, was allowed to remain enrolled at Marshall University despite being accused of raping a student. He now faces additional sexual assault charges.

HUNTINGTON, W.Va. - A man who was allowed to remain enrolled at Marshall University despite a rape accusation has been sentenced to a year in jail for violating probation after new sexual assault charges emerged.

A West Virginia circuit court judge sentenced Joseph Chase Hardin on Friday after he took the witness stand for over an hour of graphic and bruising testimony. Hardin has maintained his innocence and said his interactions with the two additional women last year were consensual.

The 22-year-old was convicted of battery in the earlier case, where former student Alicia Gonzales said he raped her in her dorm room in 2016.

"Fortunately for us, it just all caught up to him," Gonzales said Friday. "For the time being, we're safe."

Gonzales maintains that Hardin and his friends carried out a pattern of harassment after the alleged assault, saying they mocked her on social media and once waited for her outside her job to sneer at her. She left the school soon after, saying she was forced to relive the rape every time she saw him.

She filed a federal lawsuit against the college, accusing it of mishandling her case, but a judge threw it out this week without immediately explaining why. The school declined to comment until the judge issued a reason.

A Marshall spokeswoman has said the university followed state law and federal regulations in handling Gonzales' case. She said it "took every legal measure available to it to protect the rights of all parties throughout the process," including issuing a no-contact order.

The Associated Press doesn't typically identify sexual assault victims without their permission, which Gonzales has granted.

In court on Friday, Hardin recounted his version of the incidents that form the basis of the new sexual assault charges. He offered graphic details of his interactions with the two women, calling them consensual. He offered to take a polygraph to prove his innocence.

At times he grew visibly frustrated when a prosecutor began pointing out inconsistencies in his account, quibbling over the phrasing of questions and backtracking on previous statements he gave to his probation officer and law enforcement.

"It's obvious he's quite intelligent. He can be poised, and he can also be a manipulator," Judge Alfred E. Ferguson said before sentencing Hardin for violating probation due to the new charges and for admitting to drinking alcohol.

Gonzales and the other two women who are accusing Hardin were accompanied by friends and family members. They filled a section of the courtroom gallery. Many of them cried after the judge issued his ruling.

If you or someone you know has been sexually assaulted, RAINN operates a National Sexual Assault Hotline that can connect you with a trained staff member from a sexual assault service provider in your area. Resources for people affected by sexual violence can also be found here.