A North Philadelphia grandmother was returning home from a gas station when family members say she was struck by a vehicle while crossing North Broad Street. FOX 29's Eddie Kadhim has more.

PHILADELPHIA - The family of a North Philadelphia grandmother who was badly injured in a hit-and-run crash said the driver got out of the car and looked at the injured woman before taking off.

Hatti Turner, 79, was walking back from a nearby gas station on Nov. 5 when police say she was struck at the intersection of Broad and Wingohocken streets.

Surveillance video shows Turner crossing the street when she is hit by a white SUV. Family members say the unknown driver not only knew they hit Turner, but got out of the vehicle after the collision.

"He got out of the car checked, looked at her and after that, that’s it," Turner's son Marcus said.  "He made no report of it. Didn’t go to the police station or the hospital to check if she was alright or anything like that."

Turner suffered debilitating injuries, including a skull fracture and a broken collarbone. Her injuries required several weeks of rehab and changed the life of the once energetic grandmother.

"We know for a fact that this person knows they hit somebody," daughter-in-law Tianna Gaines-Turner said. "It could have been your mother, your grandmother, your aunt that you left laying in the middle of Broad Street." 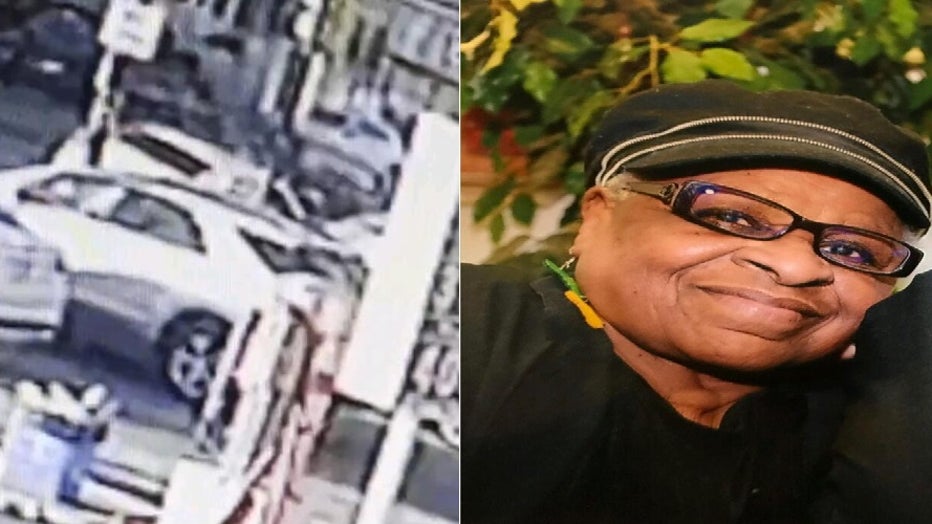 Turner returned home after a month of rehab, but is still unable to use one arm. Before the crash, she was working, shopping, cooking and taking care of her young grandchildren.

"Her words were if you have a heart turn yourself in because you changed her life forever," Tianna said. "She’s depressed now, she’s constantly in pain. This is a long road to recovery for her."

Anyone with information on the hit-and-run is encouraged to call Philadelphia police or the family's attorney at 267-780-2985.