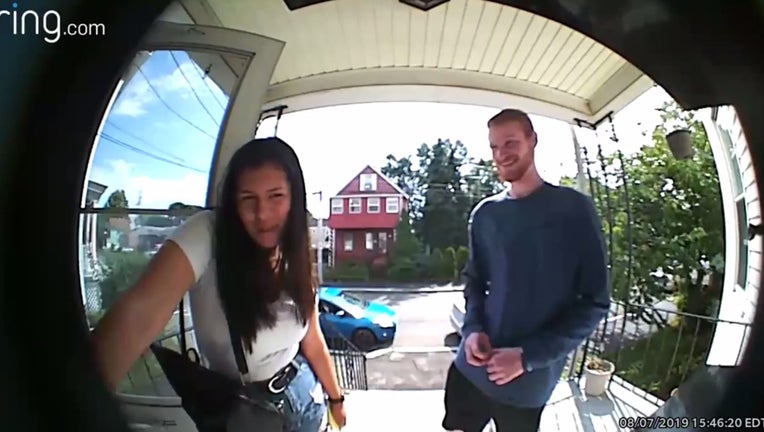 MASSACHUSETTS (FOX 5 DC) - A  Massachusetts dad did not waste any time interrogating his daughter’s date when he arrived to pick her up.

Mr. Pedro wasn't home to meet Jared, but thanks to technology he didn't have to physically be present.

In a video posted by his son, who is also named Pedro, security footage captured their first time meeting and it is exactly what you would expect from a caring father protecting his princess.

Jared rings the doorbell and low behold Mr. Pedro answers over the intercom. He apologizes for not being there to meet Jared in person and jokingly says, “At least I get to see your face but you don’t get to see mines.”

During their exchange, the father asks about their evening plans and the time he’ll have Grace home. When Jared says he’ll have her home ‘probably before 11’ Mr. Pedro responds “Oh, I heard 10:30. OK, that’s good.”

Shortly after Grace makes an appearance and confirms, yet again, the plans she has with Jared. Which Mr. Pedro OK’s and then says “remember, I know people everywhere and they’re looking at what you guys are doing.”

Watch the whole interaction in the video player below.

Father ‘meets’ daughter’s date in hilarious video intercom exchange:’I got a good picture of you’

This loving father didn't waste any time interrogating his daughter’s date when he arrived to pick her up.