FOX NEWS - A friendly competition between two brothers led to a massive fishing haul for one Atlanta family.

A father and his two sons recently set out for a fishing trip near West Palm Beach, Fla., and ended up reeling in what the dad described as “multiple catches of a lifetime.”

It all started back in April, when Robert Poirier took his two sons out for a fishing trip in the Sunshine State. The older son, Max, caught a 9-foot, 250-pound hammerhead shark during the excursion — and his brother Brendan decided that he had to catch a massive fish too. So in July the crew went out on another fishing trip, where the younger boy reeled in a slightly larger hammerhead.

Little did Robert know what he had started. 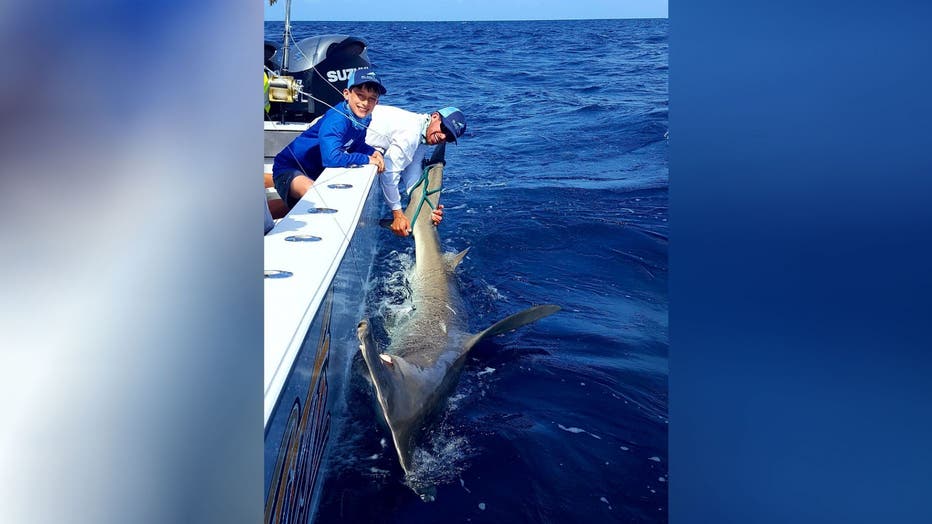 With both brothers hooked, the Poirier family took another trip in hopes of catching more massive fish, booking a trip with Slob City Charters out of Riviera Beach, Fla., with Captain Carl Torresson and guide Josh Jorgensen.

Off the coast of West Palm Beach, they threw their bait – 10 to 15 pound bonita fish – into the water, and they soon found themselves in a unique situation.

“We had 20 to 30 goliath groupers under the boat and 10 to 15 sharks circling the boat,” Robert told Fox News. “To have that many around the boat. It was unusual.”

He posted several photos of the massive fish to Instagram, where they were met with astonishment. 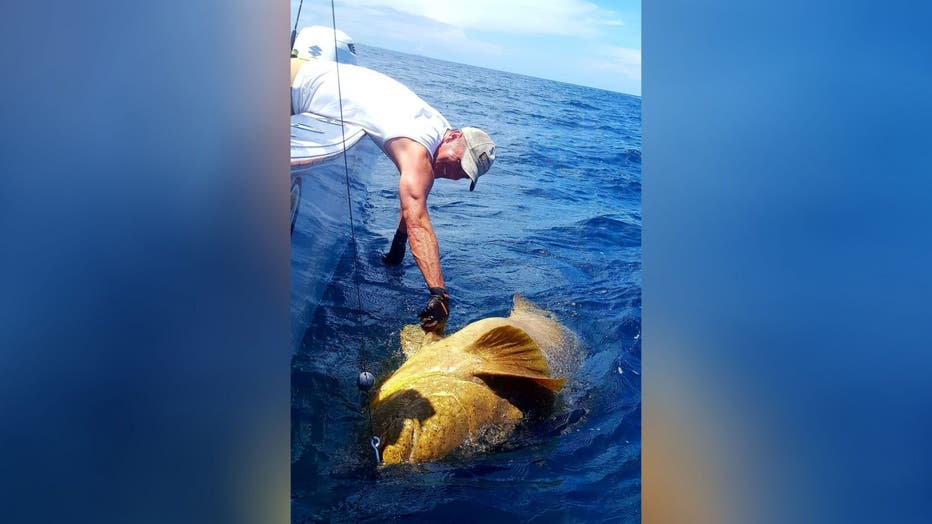 Robert Poirier and his sons used rods and hand-lining techniques to reel in the massive fish. (Robert Poirier)

Using both rods and hand-lining techniques, they pulled in an estimated 2,225 pounds of fish. Brendan alone reeled in two goliaths, one weighing 300 and another weighing 375. Max, too, caught a 250 pounder and a 300 pounder.

Robert's catches took the cake, however, as he nabbed a goliaths weighing 350 and 400-pounds, respectively.

“It was the catch of a lifetime, and we had several in one day,” he said. 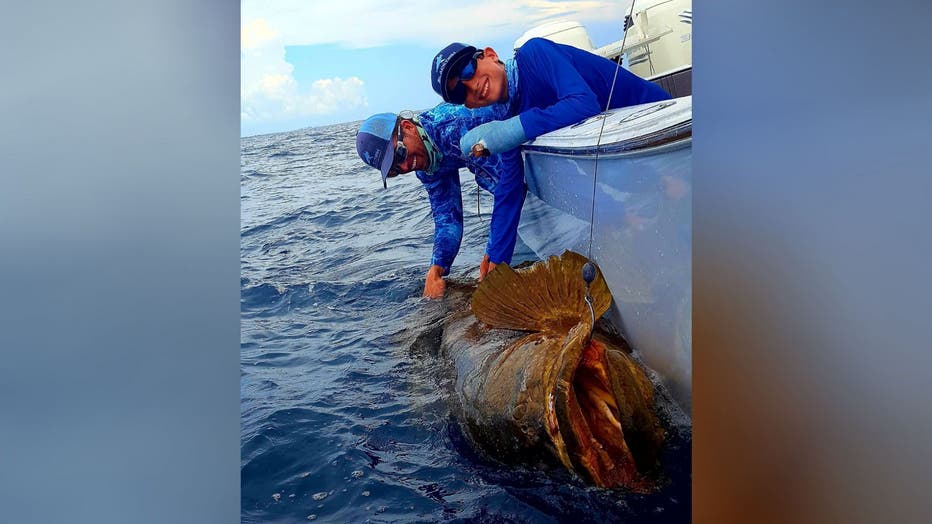 The family reeled in over 2,000 pounds of fish over the course of the day. (Robert Poirier)

All of the fish were released back to the waters. Some of the fish had hooks in their mouths from previous fishermen, which the father and sons took the time to remove.

“It was a pretty crazy day and one full of memories,” Robert recalled.

As far as the brothers are concerned, they’re now even.

“They keep asking when we’re going to go again,” the dad laughed. “We’ll be back. Can we top this? We’ll try.”