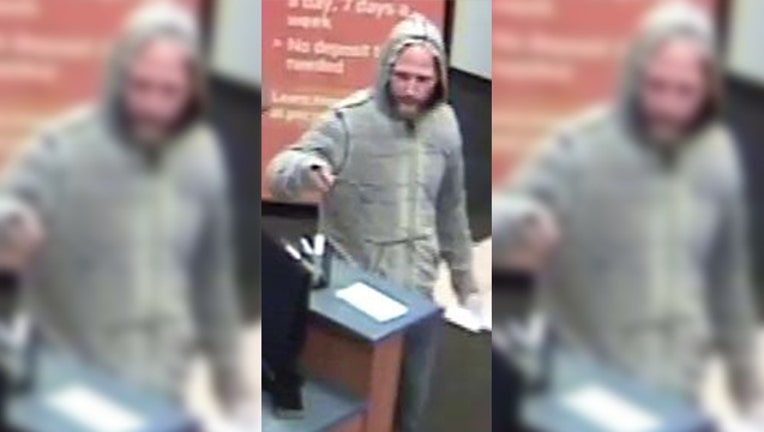 PHILADELPHIA - Officials from the FBI and the Philadelphia Police Department are asking the public for help in identifying a man in connection to a robbery at a PNC Bank branch in Center City.

The robbery took place on Monday at approximately 12:50 p.m at the PNC Bank located on the 1511 Walnut Street.

Authorities say the man entered the bank and presented a threatening demand note to a teller at the counter. 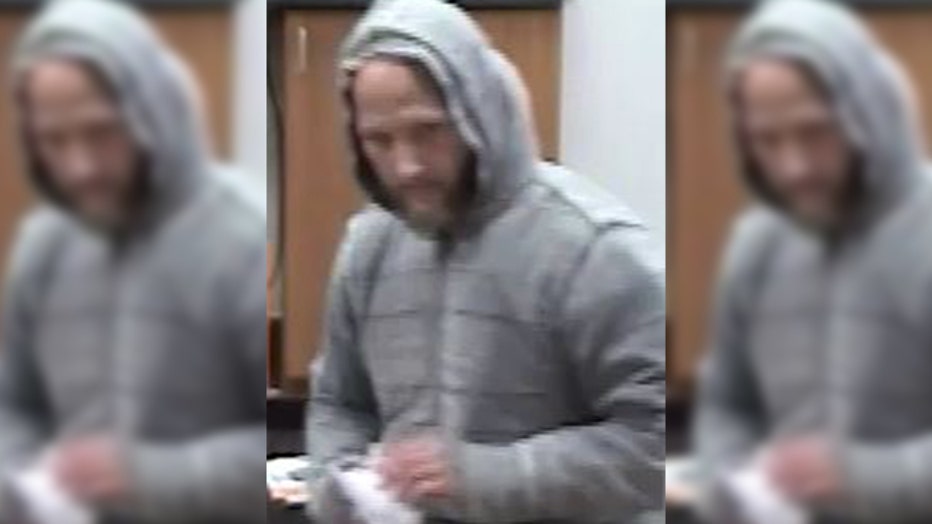 After he received an undisclosed amount of cash, the suspect fled the bank on foot.

He is described as a white male in his 30s, between 5-foot-5 and 5-foot-6 in height, with a medium build and a blond goatee. Officials say he wearing a gray zip-up hooded sweatshirt, blue jeans and white sneakers. 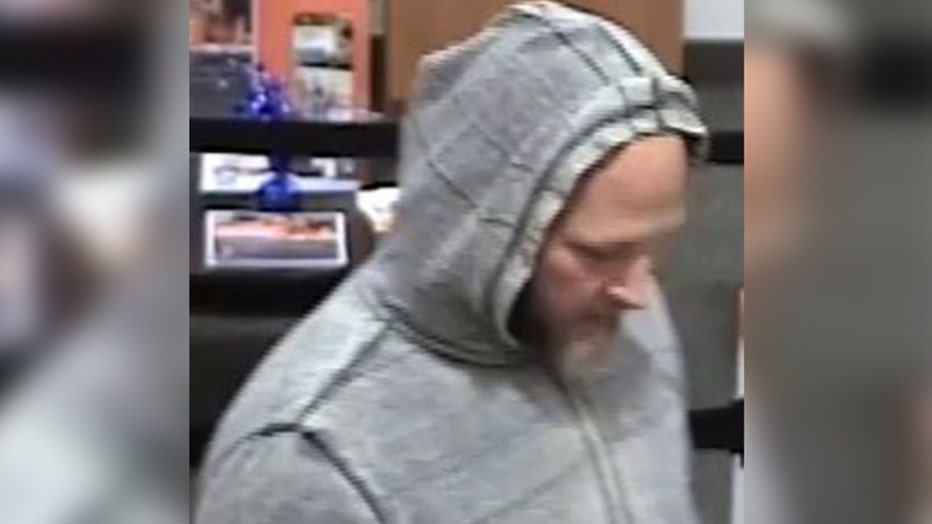 The man is considered to be armed and dangerous.

Anyone with information about this robbery or this subject is urged to call the FBI/PPD Violent Crimes Task Force at 215-418-4000.