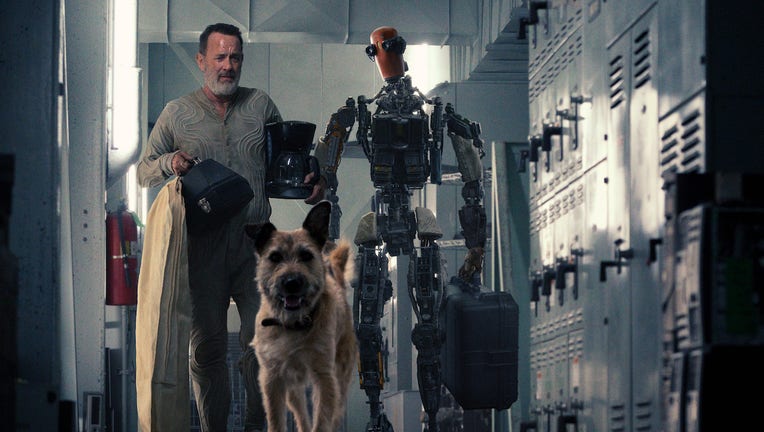 CHICAGO - Stop me if you’ve heard this one before: a man, a dog and a robot walk into a bar... only it’s not a bar at all, it’s a post-apocalyptic world.

That’s not so much a joke as it is the premise for '"Finch," a new Tom Hanks-starring sci-fi drama headed to screens around the world this fall. Today, Apple Original Films shared a first look at "Finch": a photo which shows Hanks alongside a robot and a very good dog, named "Goodyear" in the film.

The image accompanied an announcement: "Finch" will premiere Friday, Nov. 5 on Apple TV+. Take a closer look at the image, then read more about the movie below. 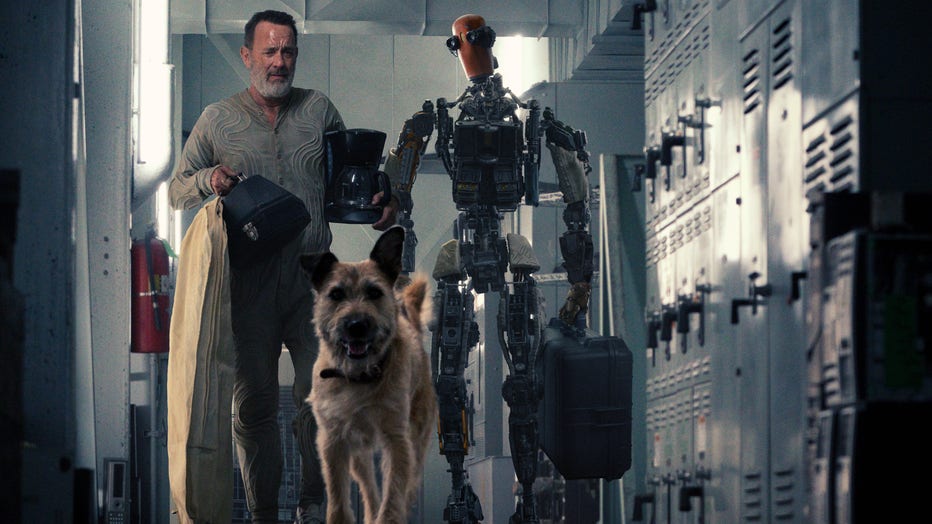 Originally called "Bios," "Finch" is one of many films pushed to 2021 in response to the COVID-19 pandemic. It was originally slated for release in October 2020, and was then moved again to April 2021 before landing on this (presumably final) release date.

Directed by "Game of Thrones" alum Miguel Sapochnik, "Finch" stars Hanks alongside Caleb Landry Jones ("Get Out"), who recently picked up the Best Actor award at the Cannes Film Festival (for the upcoming film "Nitram"). The screenwriters are Craig Luck and Ivan Powell.

"Finch" is part of a crowded slate from Apple Original Films, which will also release the groundbreaking film "CODA" later this week. Watch for our review. Other upcoming films from Apple include "Killers of the Flower Moon," starring Leonardo DiCaprio and Robert De Niro and directed by Martin Scorsese, Joel Coen’s "The Tragedy of Macbeth" starring Frances McDormand and Denzel Washington, and the Will Smith-starring "Emancipation."