Nearly every fire department in Salem County responded to the scene Monday night.

The fire burned at a farm in Pilesgrove, New Jersey off of Cemetery Road.

Firefighters were called to the chicken farm shortly after 8:30 p.m.

They arrived to find huge flames showing through the roof of a building on the property. 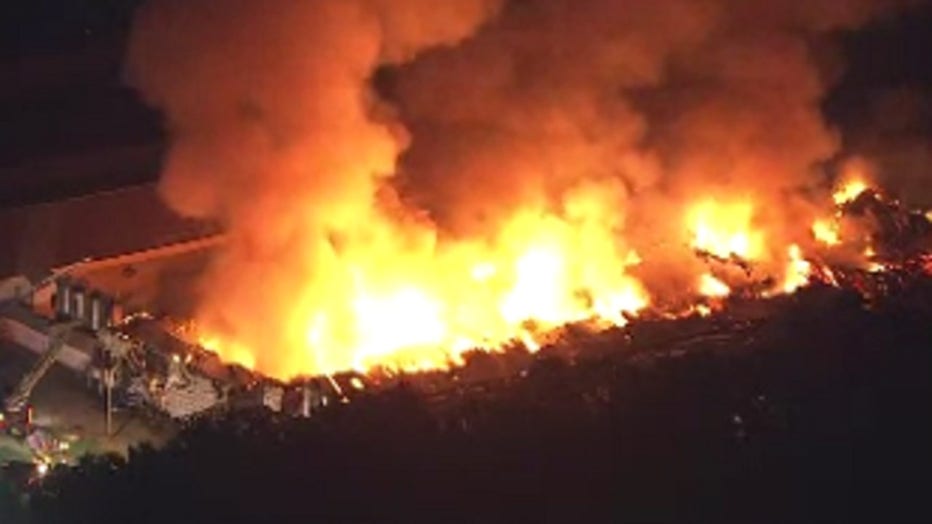 Skyfox over fire at a chicken farm in Pilesgrove, N.J.

Nearly every fire department in Salem County responded to the scene, working to extinguish the blaze after apparently having trouble with the water supply in the area.

Workers say approximately 300,000 cage-free chickens were housed in the building that caught fire. It is not clear how many of those chickens may have died.

Authorities say no one was injured.