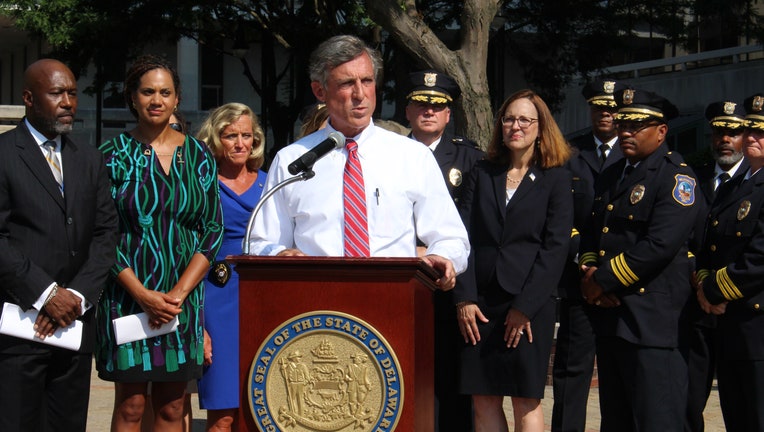 WILMINGTON, Del. - The former police chief in Wilmington has a new state government job leading an effort to crack down on violent crime in Delaware's largest city.

Bobby Cummings was hired July 15 as the new director of Group Violence Intervention within the state Department of Health and Social Services. The job was not advertised to allow other potential candidates to apply.

Cummings joined Gov. John Carney and other state and city officials Tuesday to announce their commitment to launch a Group Violence Intervention strategy in Wilmington.

The strategy is aimed at helping individuals considered at high risk of committing violent offenses or becoming victims of violent crime to avoid involvement in the criminal justice system and to create accountability for violence.