Former President Barack Obama listed his favorite songs of the year in a Facebook post on Monday.

LOS ANGELES - Former President Barack Obama listed his favorite songs of the year in a Facebook post on Monday.

“From hip-hop to country to The Boss, here are my songs of the year. If you’re looking for something to keep you company on a long drive or help you turn up a workout, I hope there’s a track or two in here that does the trick,” he wrote. 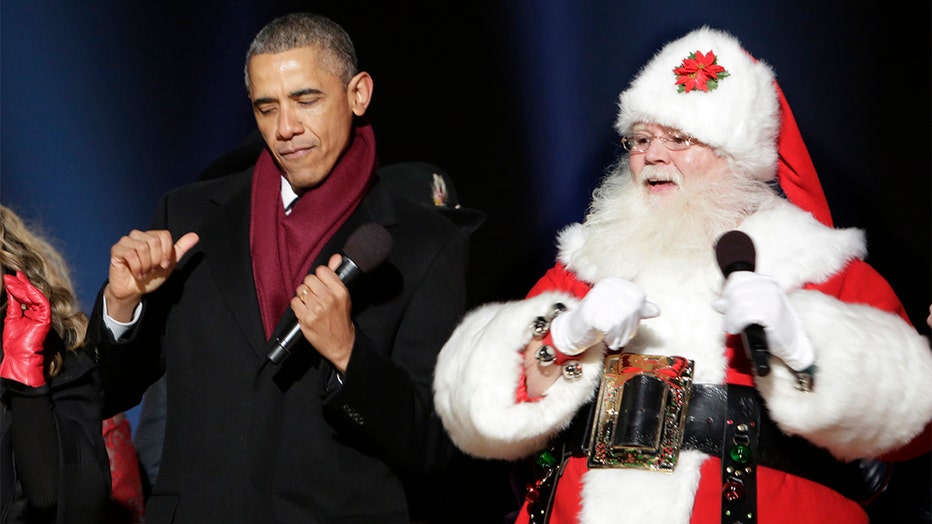 FILE: U.S. President Barack Obama dances with Santa Claus during the lighting of the National Christmas tree on December 4, 2014 in Washington, DC. The tree lighting ceremony marks a month-long series of holiday events in President's Park at The Whit

Here are his the former president’s picks:

The songs with an asterisk were also included in his summer playlist.

In August, the former president tweeted 44 songs that he and his wife, Michelle, had been listening to.