PHILADELPHIA - An intense line of storms rolled across the region Friday morning and triggered a brief tornado warning and widespread severe thunderstorm warnings in several counties.

The National Weather Service in Mount Holly says they will be surveying damage in Cecil and New Castle Counties.

The forecast on Friday morning called for high winds at speeds of up to 50 MPH in some areas and lingering precipitation.

The soggy conditions combined with the high winds made trees susceptible to topple. These photos from Wilmington, De resident Nancy Cartwright, show a large tree completely upended after the storm had passed. 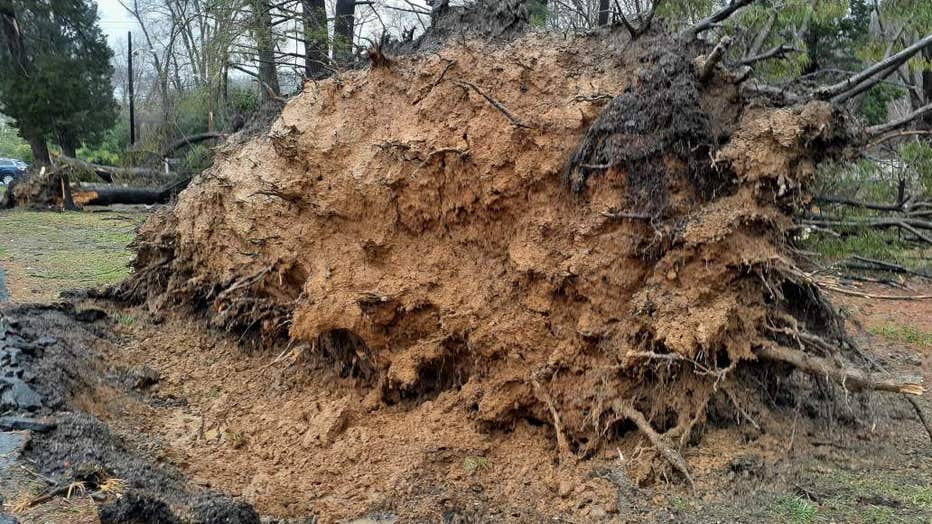 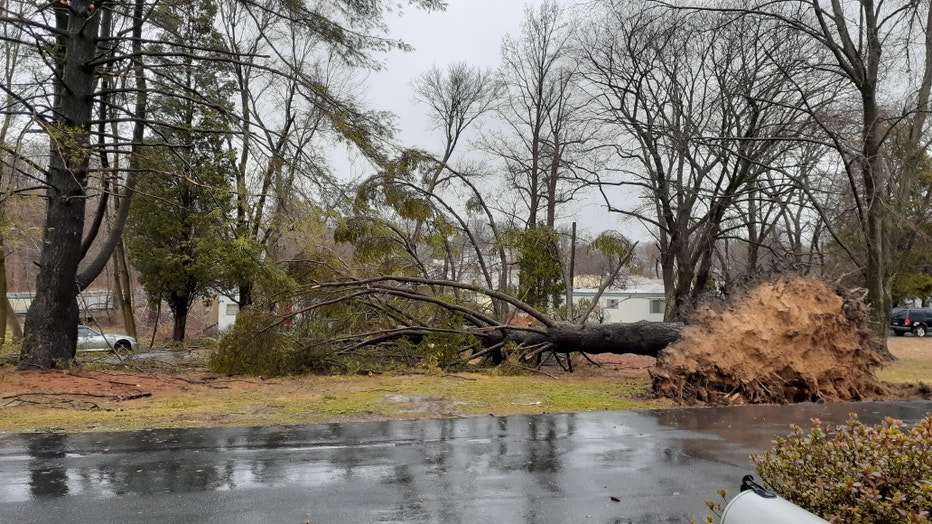 In Delaware County, a Linwood home had part of its roof ripped completely off by the 40-50 MPH winds. A large chunk of shingles and tar crashed down onto the driveway below. Luckily, no one was home at the time. 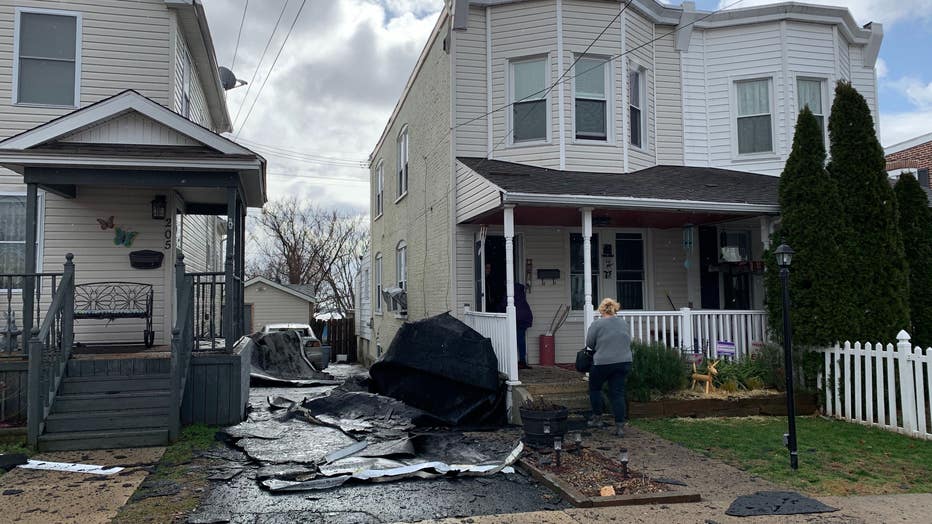 A Lindwood home has its roof partially torn off during Friday's intense winds. 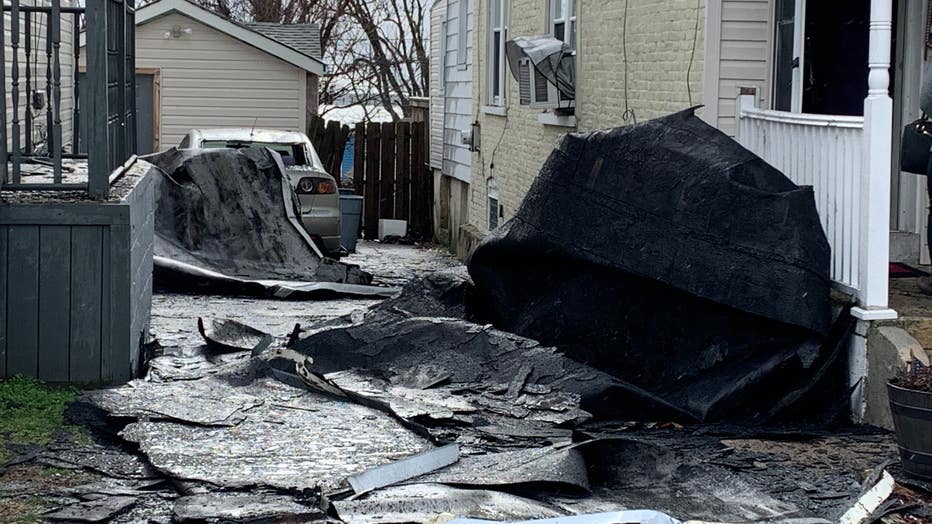 A heap of shingles and tar lie on a driveway after being torn from the roof of a Linwood home Friday morning.

A Chester County resident was disappointed to find her trampoline had been whipped up by the intense wind and thrown into a neighbor's yard. 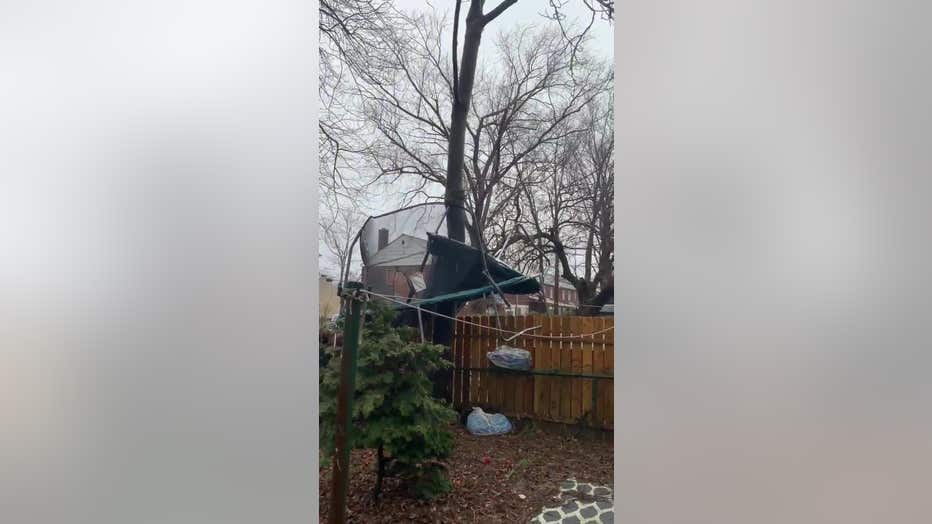 Downed transformer poles like this one on Sproul Road in Delaware County are always a casualty of severe weather. Thankfully, crews were quickly on the scene to repair the downed pole and wires. 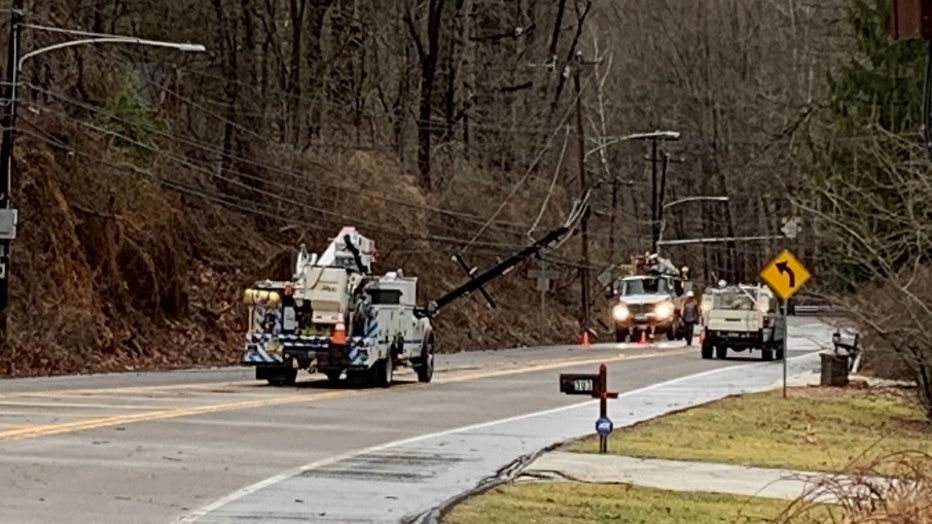 Crews in Delaware County were on the scene to work on a downed transformer pole following Friday's severe weather.