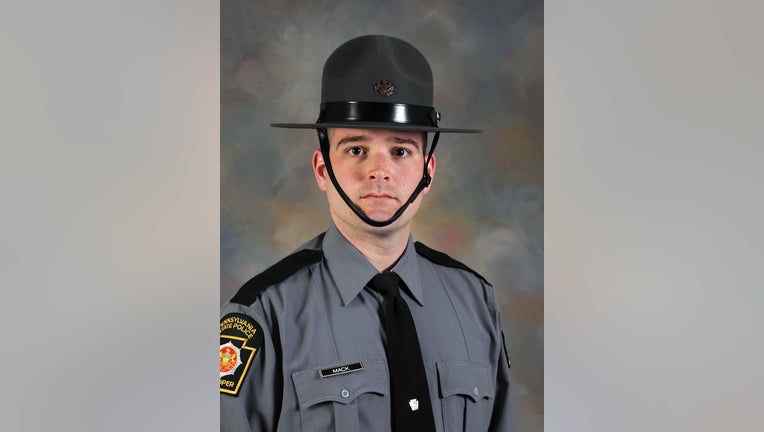 PHILADELPHIA - Funeral arrangements have been announced for one of the two Pennsylvania state troopers struck and killed by a suspected drunk driver early Monday morning on I-95 in Philadelphia.

Troopers Martin F. Mack and Branden Sisca had responded to calls that a person, later identified as Reyes Rivera Oliveras, was walking on the southbound side of the highway in the passing lane. The troopers were escorting Oliveras back to their patrol vehicle when they say 21-year-old Jayana Tanae Webb struck all three men with her vehicle.

The impact sent the three men over the median and into the northbound lanes. They were all later pronounced dead at the scene and Webb was taken into custody.

A funeral for Mack will be held at 11 a.m. Thursday, March 31 at St. Michael the Archangel Church in Tullytown, Pennsylvania.

An outpouring condolences followed in the wake of the deadly crash, including from Pennsylvania Governor Tom Wolf who offered his prayers and called the crash a "tragedy."

Sisca started his career as a state trooper last year and was recently named fire chief of the Trappe Fire Company in Montgomery County, where he had volunteered for more than a decade. 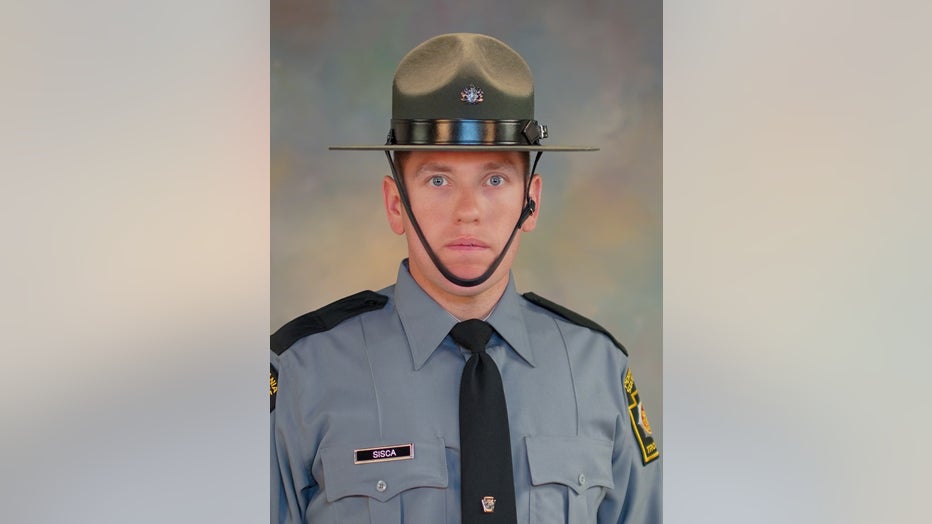 "Our community is grieving at the loss of our brother," Deputy Fire Chief John Bolger said. "It's a very close community here that we're all part of this, and we're all grieving today."

Sisca was recently married and a father-to-be. Details surrounding his funeral have not yet been released.

Branden T. Sisca, a 29-year-old Pennsylvania State Trooper who was died in a suspected drunk driving crash on I-95 in Philadelphia, was remembered for his dedication to public service. Sisca, a husband and soon-to-be father, was recently named fire chief at Trappe Fire Company in Montgomery County after decades with the department.

"He was born and raised to help others he was doing his job it’s such a sad, sad day," Steve Carcarey, a family friend, said.

Both Sisca and Mack were organ donors, and donated organs to the Gift of Life Program, according to a release from the Pennsylvania State Troopers Association.