More than a decade after his Marine son was killed in action, a New Jersey man is fighting to keep his son's memory alive on Facebook.

MILLVILLE, NJ - More than a decade after his Marine son was killed in action, a New Jersey man is fighting to keep his son's memory alive. He claims Facebook gave him a week to change it to a public page, but they shut it down in 24 hours. 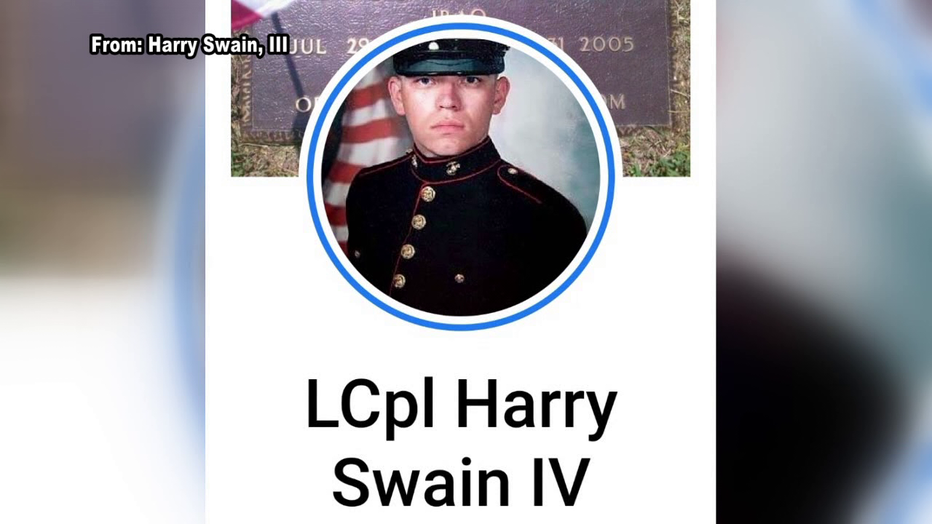 Harry Swain III says he visits Greenwood Cemetery often because his son Lance Corporal Harry Swain IV is buried there. He was killed in action in January of 2005.

“If you met Harry, he would have the personality that you knew him your whole life,” says Swain. “He was wonderful, brilliant.”

Swain III says he keeps his son’s memory alive every day for the past 14 years by logging onto his Facebook. He changed his profile to his son’s name and picture. It now has more than 3,000 followers of family, close friends, classmates and fellow Marines to share stories, pictures and connect in a private setting.

“I’ve gotten pictures of my son that I would’ve never gotten, if it wasn’t for the page,” says Swain. “I already knew Harry’s character, but I got their view of his character and it just makes your prouder and all that went away today at 12:46.”

Now if you try to access the profile it says “Sorry the content isn’t available right now.”

Swain says he got a message from Facebook on Monday asking him to prove that the profile was his own identity. If not, he says the message said they would deactivate it within seven days. Less than 24 hours later, he says that’s what happened.

“It’s like a punch in the gut especially after going on it every day posting stories about him,” says Swain.

Facebook says the name of the person operating the profile must match the profile. In this case it doesn’t, so Swain would have to make a public page or group. After 14 years, he says he does not want to and before he could even think about it the profile was gone.

“It’s never a fight that I thought I would have to fight, but I won’t stop until it’s corrected.”

“Thanks for flagging this important issue. We want people to use our tools to connect with people, and that includes honoring fallen veterans and being a place where family and friends can share thoughts and memories.  On Facebook, we have several tools that people can use to represent themselves, businesses or, like in this case, a memorial space.  For profiles, we ask people to use the name they go by in everyday life to connect on Facebook. If you are looking to build a community beyond just your personal profile, we ask that you use a Page or a Group. When appropriate, we have tools that help people transition from Profiles to Pages in our Help Center and work to explain our policies. We are currently looking into this to make sure the family can continue to connect with the community they have built on Facebook.”