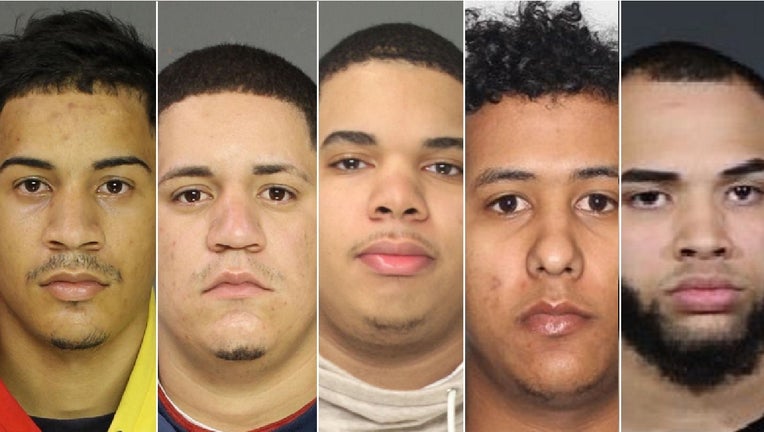 BERKS COUNTY, Pa. - A group of men have been apprehended for their roles in a "Grandparent Phone Scam", authorities stated Tuesday.

The case began on October 7, 2020 when the Berks County Detective's office received a complaint from a 67-year-old man from California.

According to the man, he received a phone call on October 5th from a man who identified himself as the victim's adult grandson.

The victim questioned the caller as the voice did not sound like his grandson, but the caller explained that he was in a car accident while driving to a funeral in Reading, Pennsylvania, authorities explained.

A few minutes later, a male contacted the victim and identified himself as a Public Defender.

The victim also provided the Public Defender with the overnight FedEx tracking number.

A few minutes later another male called and identified himself as a Public Defender. This second caller requested the victim send another t-shirt, a COVID mask and $5,000 in cash overnight to the same Reading address.

The victim agreed to this second request and went to his bank to obtain the $5,000 in cash. The victim stated that he contacted his grandson’s parents as well as his grandson.

It was at this point the victim realized that this was a scam and contacted the Berks County District Attorney’s Detective Unit.

On Wednesday, October 7, 2020, the victim agreed to assist detectives and in doing so he mailed an overnight package to the same Reading address. The victim again provided the overnight tracking number and guaranteed delivery time to the Public Defender.

The following day on October 8, members of the Berks County District Attorney’s Detective Unit and Reading Police, conducted an undercover operation in Reading. During this undercover operation, detectives observed a vehicle approach the Reading address. This vehicle was occupied by three males.

Detectives observed one male exit the vehicle and wait by the Reading address, while the other two males parked around the corner. At approximately 8:29 A.M., the package was delivered, and the male took possession of the package. The male was observed leaving the area and opening the package.

Each admitted to being involved in criminal activity.