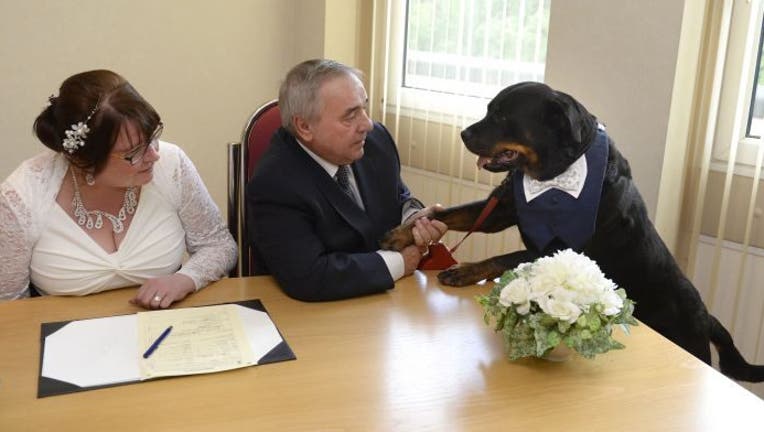 (FOX NEWS) -- At this wedding, the best man was also a very good boy.

A groom from Scotland decided that for his best man, all he needed was man’s best friend. So, on his wedding day, he had a six-year-old Rottweiler with a mini tuxedo strapped to his collar standing next to him and he couldn’t have been happier.

Christopher McCarron and Margaret Allison consider Jack, a rescue dog, part of their family, SWNS reports. The couple actually met at animal rescue center while McCarron was out walking Jack. The couple reportedly bonded over their shared love of dogs, which eventually led to them getting married. 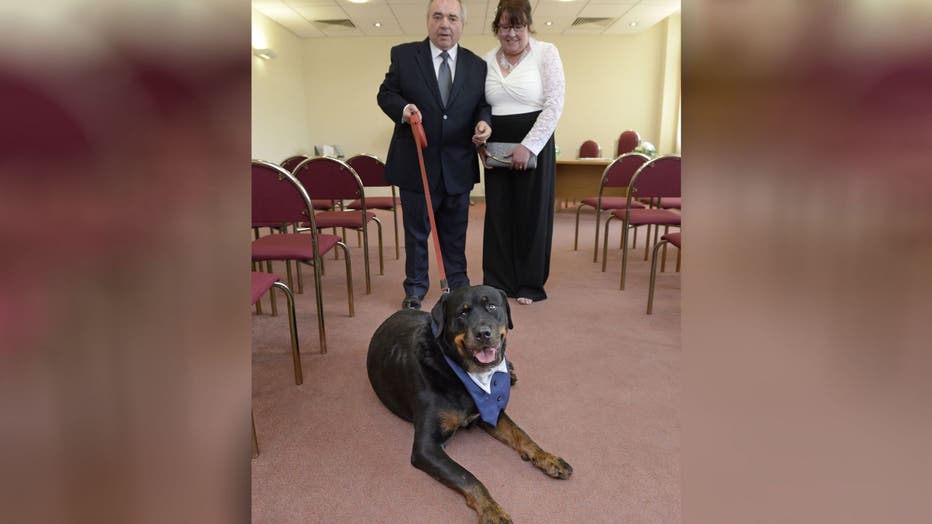 McCarron had initially come to the shelter after the death of his son. There, he met Jack, a former guard dog, and two reportedly hit it off immediately. “I wouldn’t have considered getting a rescue dog because of his age, he’s around six,” McCarron told SWNS. “But when he went up to me, we just clicked. Little did I know that I’d meet my future wife at the rescue center too.”

“When we decided to get married, Jack had to be there,” McCarron continued. “We had a lovely sentimental day, and Jack played a big part. He loved it, he really did.” 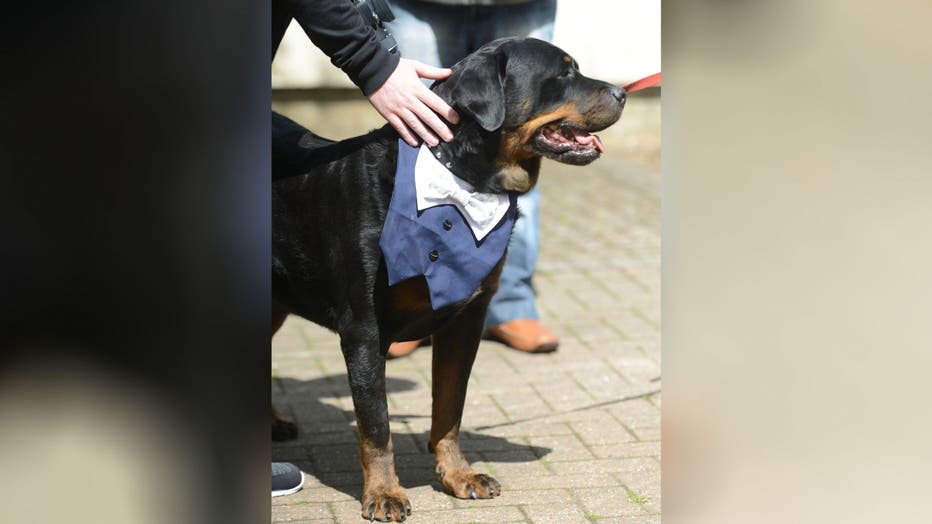 When Jack was first adopted, McCarron was reportedly told not to let Jack play with other dogs. Since then, the couple says living in a loving home has transformed the dog.

Allison was thrilled to have Jack at the wedding. “When Chris said ‘I do’, Jack sneezed, as if to say ‘I do too,’” she told SWNS. “He was a star, he posed for all the pictures. The registrar said it was the first time he’d seen a dog being the best man. We did think about Jack carrying a cushion with a ring. He had his wee tuxedo on but he went in the garden and got a bit mucky.”

When Jack was first adopted, McCarron was reportedly told not to let Jack play with other dogs. Since then, however, the couple claims that living in a loving home has transformed the dog. “I don’t believe that I rescued Jack, I think he rescued me.”