FOX 29's Lauren Dugan has the latest after a group of Mummers took to the streets on New Year's Day in protest.

SOUTH PHILADELPHIA - New Year's Day in Philadelphia went on without a Mummers parade due to the ongoing pandemic, but that did not stop some from strutting down the street in South Philadelphia in the form of a constitutionally protected protest.

A Facebook event called "Mummers/New Year's Day Peaceful Protest against Mayor Kenney" garnered thousands of followers. Organizers took aim at the Philadelphia mayor, accusing him of "erroneous taxes and restrictions on our freedoms and liberties."

Kenney, who grew up participating in Mummers parades, said is "disappointed" that the parade has been canceled, but emphasized the importance of public health. 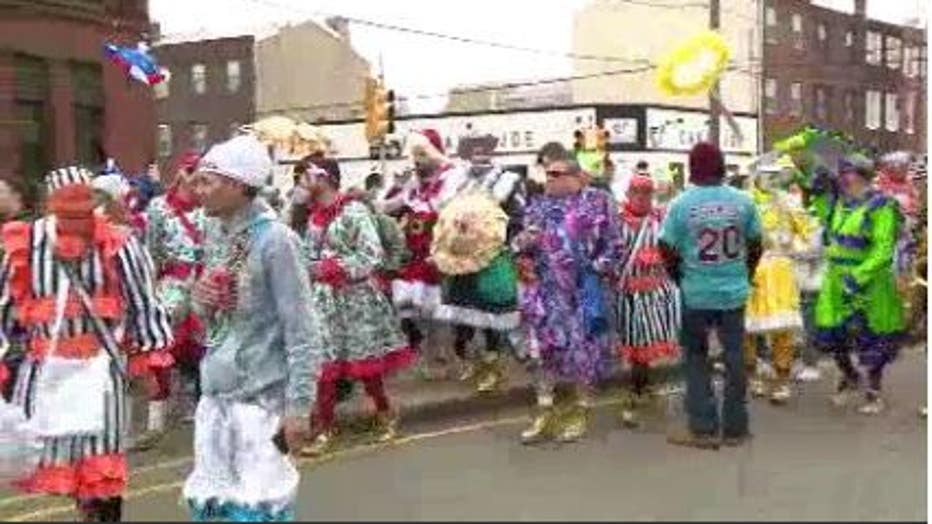 "We would urge them not to go out there and put themselves at risk and their families at risk for one year," Kenney said. "We can hopefully if we get this under control, come back better next year and have a really good celebration."

A small group of protesters, many dressed in classic Mummers Day garb and some with signs denouncing Kenney, marched down Tasker Street around 10 a.m. Friday. The crowd was accompanied by music from a roving brass band. 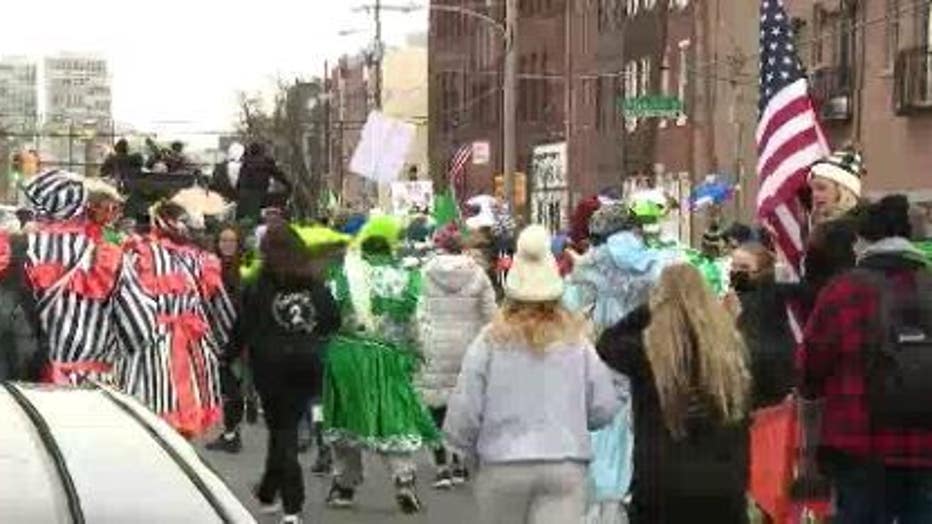 FOX 29's Hank Flynn was in South Philadelphia early Friday morning and bumped into Amanda Ettinger, who has participated in 24 Mummers parades with The Avenuers. She, like Mayor Kenney, is upset the parade has been canceled but is prioritizing public health.

FOX 29's Hank Flynn catches up with veteran mummer who is urging people not to join the planned protest of the parade cancelation.

"No one wants to be the one who brings this home to their family or gets anyone sick, it's not worth it," Ettinger said. "It's a parade, I know this is a hobby and we treat it like a lifestyle, but it is really a hobby and it is not worth someone getting sick or injured or ruining our parade for years to come."

The city vowed to honor the protest and have police on site as necessary to keep everyone safe. Police did not report any arrests or violence stemming from the protest.