The verdict came Thursday on the second day of jury deliberations.

Cosby's lawyers rested their case Monday without calling the 80-year-old defendant to the stand.

The jury, which had to come to a unanimous decision to convict or acquit, saw a parade of accusers testify that the man once revered as "America's Dad" had a secret life of drugging and violating women. And they heard from a witness who says Cosby's chief accuser talked about framing a high-profile person to score a big payday.

Now, the seven men and five women who make up the retrial jury have had their say in the first big celebrity trial of the #MeToo era.

Cosby is charged with three counts of aggravated indecent assault - all stemming from Andrea Constand's allegations that he knocked her out with three pills he called "your friends" and molested her at his suburban Philadelphia mansion in January 2004.

Each count carries a sentence of up to 10 years in prison, though the counts could be merged at sentencing.

The jury in Cosby's first trial weighed the evidence for five days without reaching a verdict.

This time, both sides gave the retrial jury much more to consider.

Prosecutors were able to call five additional accusers who testified that Cosby also drugged and violated them - including one woman who asked him through her tears, "You remember, don't you, Mr. Cosby?"

The defense's star witness was a former colleague of Constand who says Constand spoke of leveling false sexual assault accusations against a high-profile person for the purpose of filing a civil suit. Constand got a civil settlement of nearly $3.4 million from Cosby.

Both juries also heard from Cosby himself - not on the witness stand, but via an explosive deposition he gave in 2005 and 2006 as part of Constand's civil suit against him. In it, Cosby acknowledged he gave the sedative quaaludes to women before sex in the 1970s.

The Associated Press does not typically identify people who say they are victims of sexual assault unless they grant permission, which Constand has done.

After the verdict, FOX 29's Bruce Gordon reports there was a discussion about bail which was set at $1 Million. When the District Attorney was asked why Cosby was considered a flight risk, the DA responded by saying "Because he owns a plane."

At that time, Gordon reports Cosby said aloud in the courtroom, "He doesn't have a plane you (expletive)."

"We are very disappointed by the verdict. We don't think Mr. Cosby's guilty of anything. And the fight is not over," defense attorney Thomas Mesereau said outside the courthouse Thursday afternoon.

"The conviction of Bill Cosby on all three counts of assault is vindication for his many victims and the service of justice for Mr. Cosby's heinous and cruel crimes," said Governor Wolf.

"To use any level of celebrity and power to prey on women is unforgivable and deplorable. I could not be more pleased with the verdict handed down today and I hope it provides some level of comfort to the victims of sexual assault across Pennsylvania and the country. The women who have come forward are strong and brave, and they have delivered hope to the countless women whose abusers have yet to be held accountable."

"I thank Montgomery County District Attorney Kevin Steele for his tireless work to bring this case to its successful resolution."

"Today's conviction of Bill Cosby serves as true vindication and validation of all the brave women who have come forward with similar stories of sexual assault. I applaud the Montgomery County District Attorney's office for their thoughtful and conscientious defense of these women. I further commend them for not giving up on these victims, when so many others had in the past. The victims who have watched their offender walk above the law because of his status will hopefully feel redemption in the face of all the speculation and condemnation they have endured over these years. Today, justice was served." 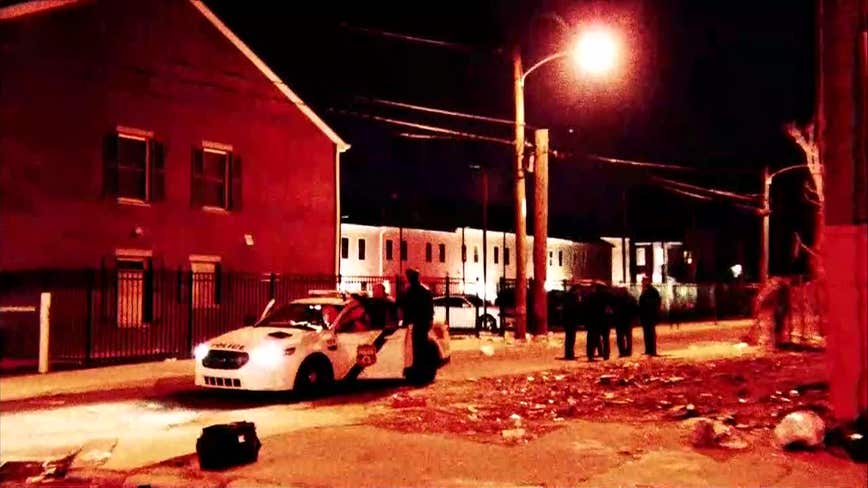