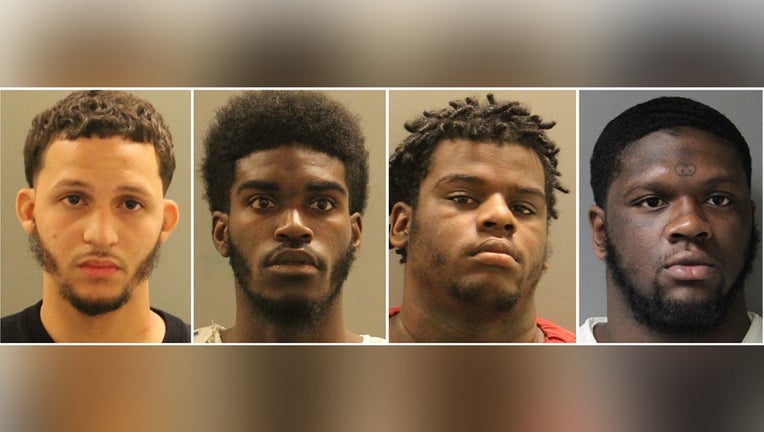 New Castle County Police responded to a call of shots fired at a home Sunday evening.

Police say that's when four suspects fled. A car chase ended when the suspects' vehicle hit parked cars and flipped onto its roof.

The suspects sustained minor injuries and were later identified as 18-year-olds Michael Guzman and Nazir Henry and 19-year-olds William Barnett and Cartney Goode.

There were more than 10 charges filed among the four, including for firearms and traffic violations, as well as resisting arrest.

No one was shot at the party. It's unclear what prompted the gunfire.