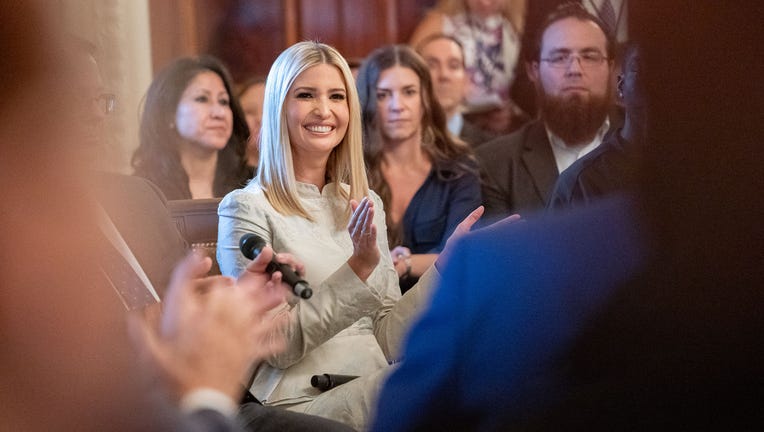 Rep. Elijah Cummings of Maryland, the panel's chairman, said the committee has obtained "direct evidence" that the president's daughter, Kushner and other top aides were using personal accounts for official business in violation of federal law and White House policy.

"What we do not yet know is why these White House officials were attempting to conceal these communications," Cummings said, adding that the White House has refused to produce a single piece of paper this year in response to the investigation.

Republicans called the subpoenas unnecessary and said Ivanka Trump and Kushner are cooperating with the committee. The subpoenas were approved 23-16 on a party-line vote.

Jordan called the Mueller hearings "a total bust" for Democrats and said they did not "waste any time" in "going after the emails of the first family" in a transparently political bid to create controversy.

"You won't hear them say it, but their real goal is to go fishing through the personal and private emails of Ivanka Trump and Jared Kushner," Jordan said of Democrats. The subpoenas were being issued "purely for politics," he added.

Even as they sparred with the GOP over the private communications, Democrats reached a temporary cease-fire in another battle with the White House. Cummings delayed a planned vote to hold White House counselor Kellyanne Conway in contempt of Congress for failing to comply with a committee-issued subpoena to testify at a hearing last week. The postponement will allow the committee to continue negotiating with White House lawyers to reach an agreement, Cummings said.

"Ms. Conway violated the law numerous times and must be held accountable," he said in a statement. The oversight panel has been probing allegations that Conway repeatedly violated a federal law that limits political activity by government workers.

The use of private accounts for public business raises "security and federal records concerns," Cummings said, adding that, "White House records belong to the public, not the president."

The committee's investigation comes after Ivanka Trump last year dismissed any comparison to the use of private email by former Secretary of State Hillary Clinton, which prompted an FBI investigation and inspired the "Lock Her Up" chant at Donald Trump's 2016 campaign rallies.

While the top U.S. diplomat, Clinton sent thousands of emails using a private server set up at her home in Chappaqua, New York. The FBI found classified information in some of the emails that were sent or received on the nongovernment system, but federal authorities declined to pursue charges against Clinton.

Last year, The Washington Post reported that Ivanka Trump sent hundreds of emails about government business from a personal email account to White House aides, Cabinet members and her assistant. The newspaper said many of those communications, during the early months of the administration, violated federal public records rules.

Jordan, who served on the House Benghazi panel and was among Clinton's sharpest critics, said Clinton "exclusively used a private server" and destroyed more than 30,000 emails. Ivanka Trump, by contrast, "inadvertently" used a private account "on a few rare occasions" before correcting her actions, he said.