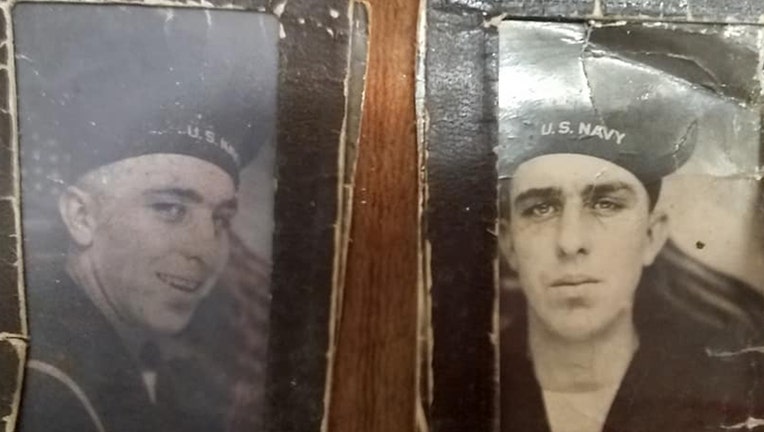 LIBERTY, Mo. - A Missouri man hopes that the families of two sailors seen in photos he found will recognize them so he can send them home.

James Large tells FOX 35 News he was cleaning out a burned out RV when he came across a tattered brown wallet. Inside were pictures of two U.S. Navy sailors.

"The pictures are from WW1, due to the fact that by WW2, the Navy had gone to white covers (caps)," Large wrote in a Facebook post.

Large, who comes from a military family, said he held on to the photos for awhile. Months later, Large says he told himself he wanted these young men to go home to their families.

He posted the photos to social media on Nov. 15, but tells FOX 35 News that so far, no one has come forward.

"If anyone knows these men, or the families they belong to, I would love to send these men home."