In this extended clip, Tom Brady and many of the Tampa Bay Buccaneers arrive via boat to the massive Super Bowl parade.

TAMPA, Fla. - It was like Gasparilla, but this time, the pirates were the Buccaneers -- the actual Tampa Bay Buccaneers. As in, the Super Bowl champion Buccaneers.

The city of Tampa celebrated the Bucs' historic hometown Super Bowl win Wednesday with a rowdy boat parade through downtown. Hundreds of boats hit the water and thousands more fans watched from the shore for two hours as the flotilla sailed down the river, the Lombardi Trophy gleaming in the bright Florida sun and even going airborne for yet another Tom Brady completion.

The Bucs set sail from Armature Works around 1 p.m. before heading down the river, looping around Davis Islands and ending at Sparkman Wharf.

Star quarterback Tom Brady pulls into the Super Bowl boat parade to say hello to Coach Bruce Arians, who has the Lombardi Trophy.

Head coach Bruce Arians and general manager Jason Licht led the way in a blue and white yacht adorned with Bucs flags. But much of the attention was on Tom Brady, who arrived in his own yacht, Viva a Vida, along with his kids.

A tale of two boats

In these videos from Kellie Cowan, Mike Evans and company are partying it up on one boat while Tom Brady celebrates in a different way with his family.

The loudest boat may have been the one carrying the Bucs' receiving corps. Mike Evans, Scotty Miller, Chris Godwin, Rob Gronkowski, and others danced their way down the river.

At one point, Brady confidently hoisted the Lombardi Trophy -- the seventh he's won in his career -- and tossed it to another boat where the sure hands of tight end Cameron Brate snagged the prized piece of hardware.

Bucs QB Tom Brady threw yet another perfect pass -- but this time, it was the Lombardi Trophy that he tossed to teammates.

Masks were required along the parade route -- per the city’s executive order that does not expire until Feb. 13 -- and fans were asked to spread out along the multi-mile route to maintain social distancing. In many places, though, fans appeared to be ignoring those orders. The boat parade concluded at Sparkman Wharf with a private event for the team.

Head coach Bruce Arians said the Buccaneers could easily repeat as champions if the team stays intact. Brady already said he’ll be back.

After the boat parade came the after party and many teammates took the stage, got on the mic, and danced with the crowd to celebrate their championship victory.

"We just made history in all the world," said linebacker Jason Pierre-Paul. "This means so much to me, I’ll do it again. We’re gonna do it again."

Wide receiver Chris Godwin said the team came together at the right time. After a sluggish start, the Buccaneers reeled off eight straight wins to claim the championship.

"We fought all year. We stuck together. And now we’re world champions," Godwin said.

The view from SkyFOX as the Tampa Bay Buccaneers sail through downtown Tampa to celebrate their Super Bowl championship.

The team said it plans to have a much larger celebration later in the year and hopefully when the pandemic is under control.

A parade after a Super Bowl win is pretty standard, but a boat parade in February is something that's uniquely Tampa. 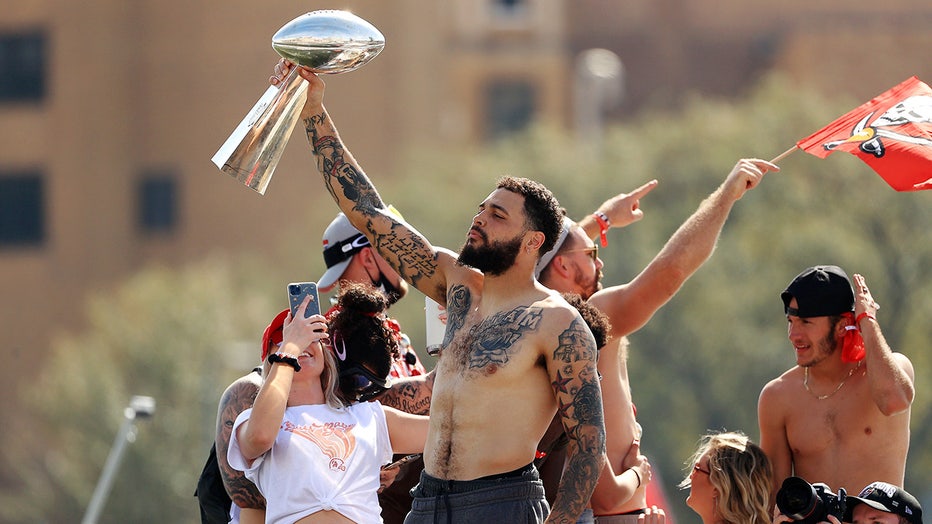 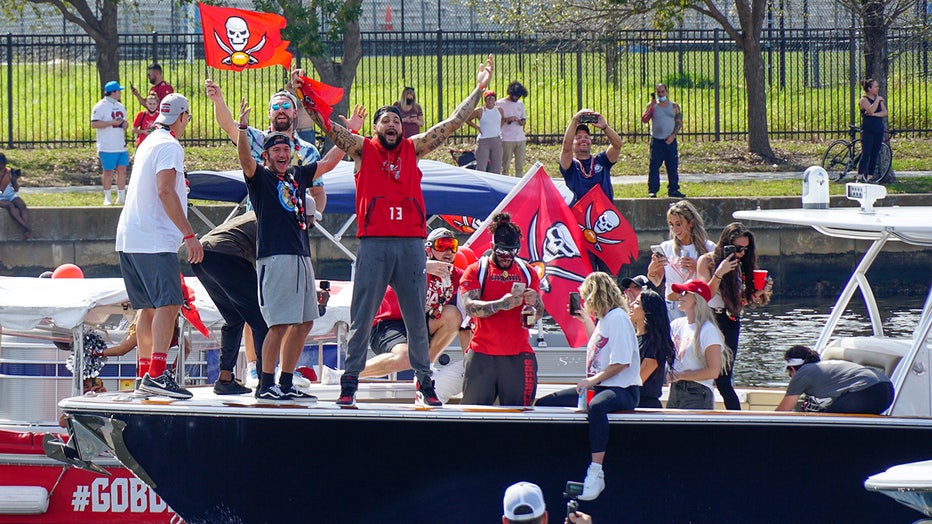 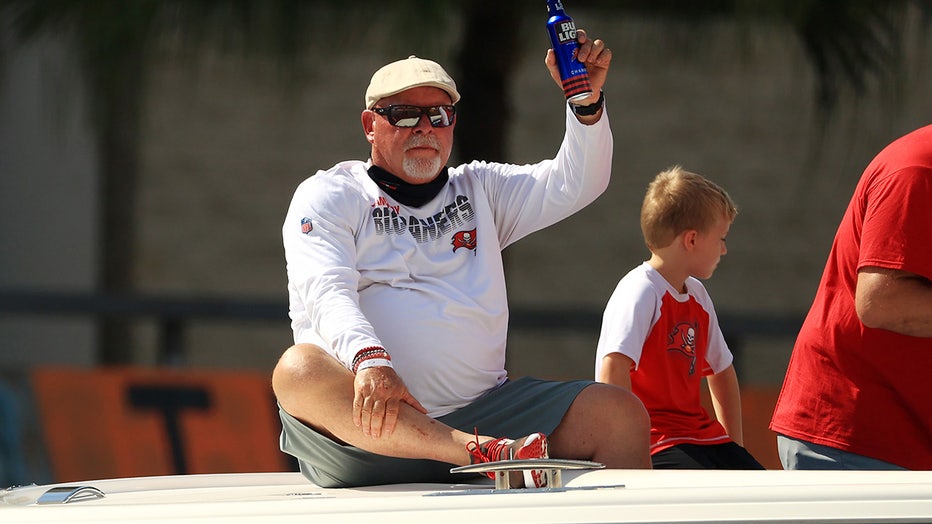 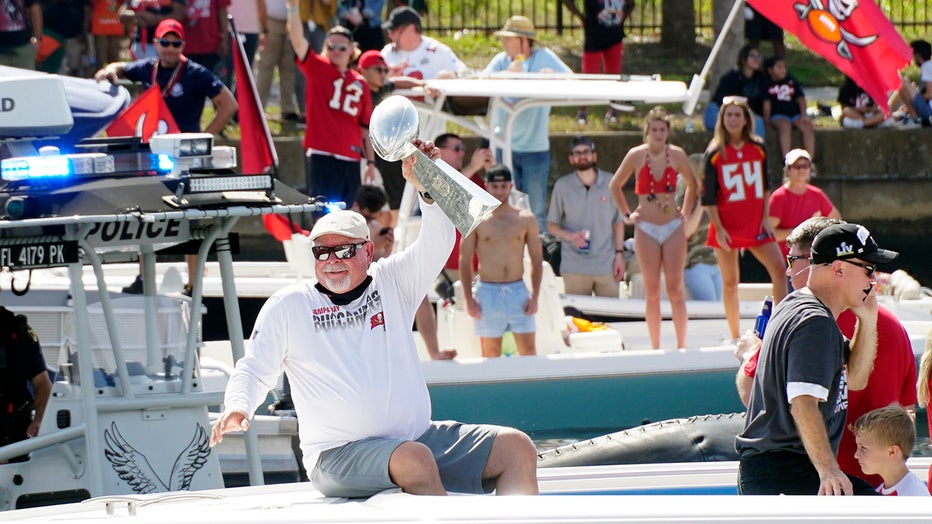 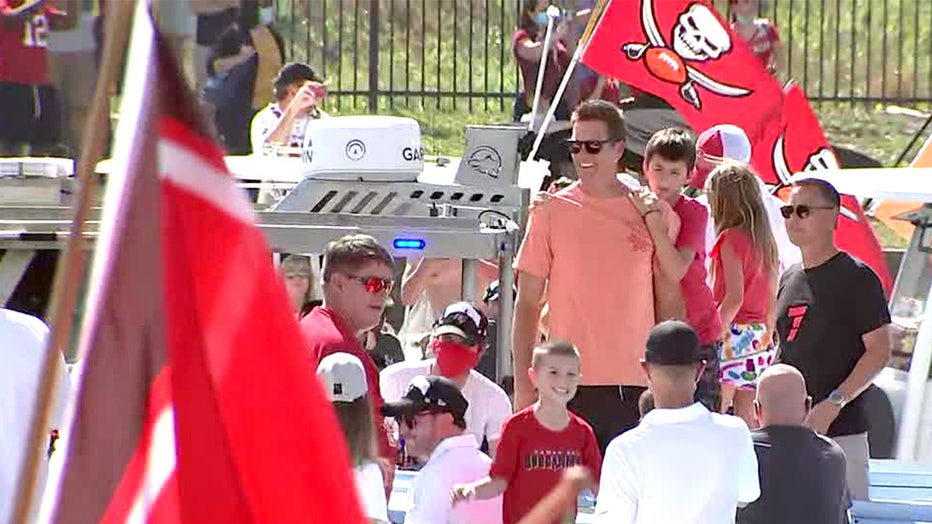 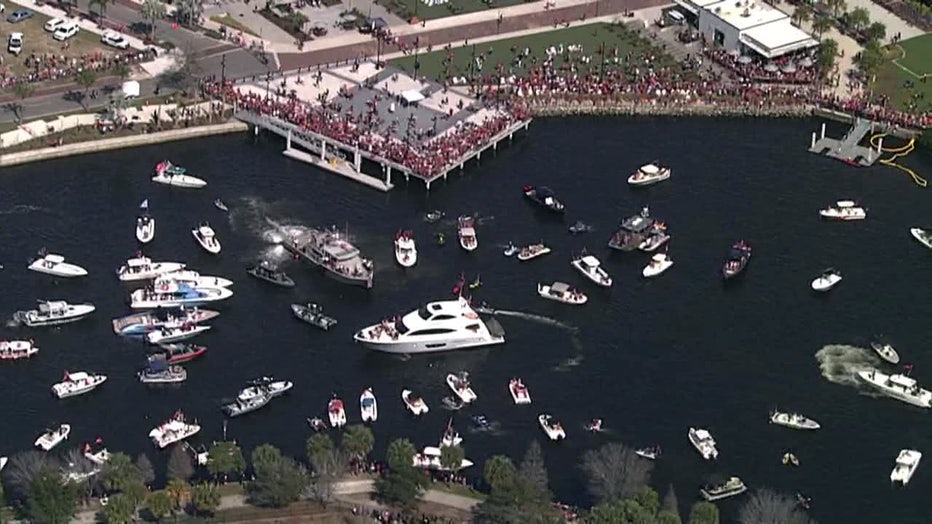 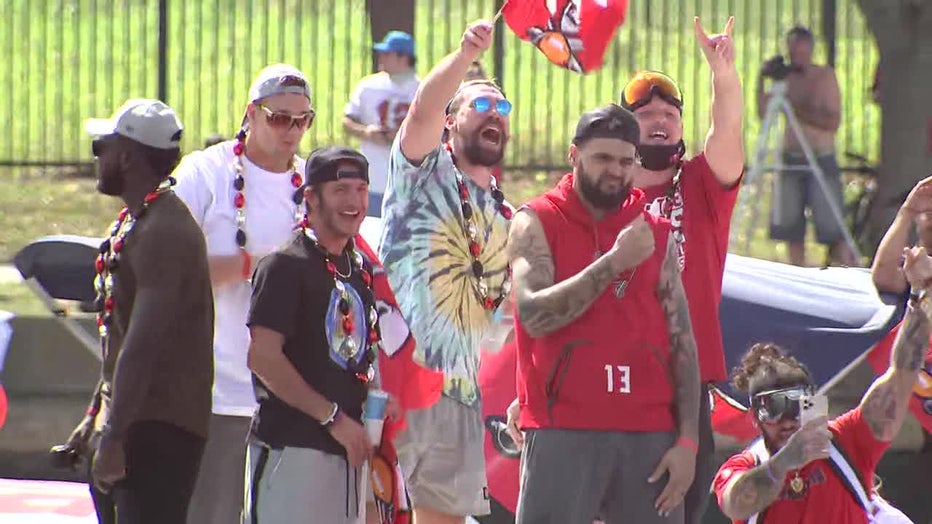 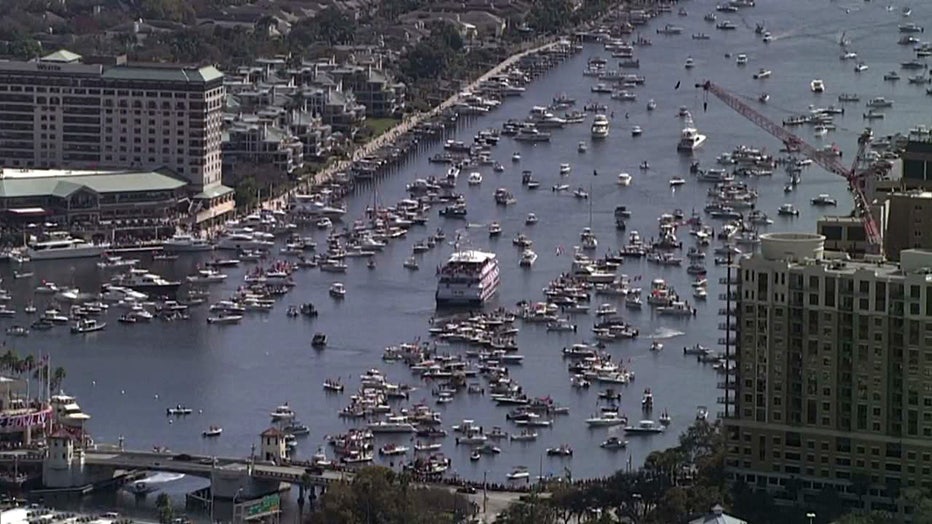