SOUTH PHILADELPHIA - Police say a woman photographing a hit-and-run crash after a drag race in South Philadelphia was assaulted and her phone stolen.

The incident occurred around 1 a.m. Saturday on the 300 block of Pattison Avenue.

A police spokesman says the 24-year-old woman told investigators she was driving when a vehicle flashed its lights for her to get out of the way, so she pulled over. She said as she stood behind her vehicle, it was struck by a driver involved in drag racing. 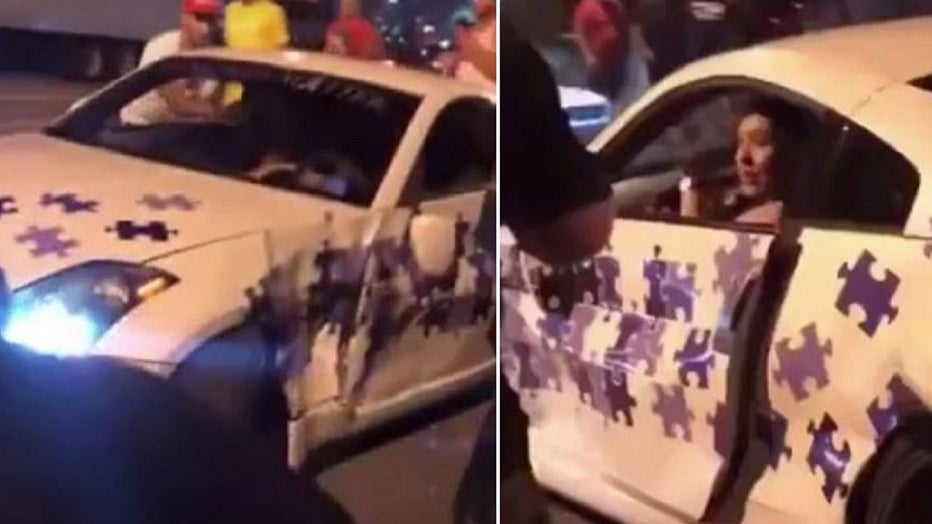 Police are investigating following a hit-and-run crash that occurred during a drag race in South Philadelphia.

Police say the woman started taking photos when the other driver tried to leave the scene, but a man and woman in their early 20s approached her, began punching her and took her phone, telling her to stop taking pictures. Police say they then ripped her license plate from her vehicle and fled.

The owner of the white vehicle pictured is now cooperating with police. Authorities are still searching for the female pedestrian who may have been hospitalized as a result of the hit-and-run.

"We still do not know who the pedestrian is in the video and appeal to any witnesses to come forward and let us know who they are," Philadelphia Police Captain Mark Overwise said.

One woman, who didn’t want to appear on camera fearing threats, told FOX 29 her friend was struck.

Anyone with information regarding the incident is urged to contact police.