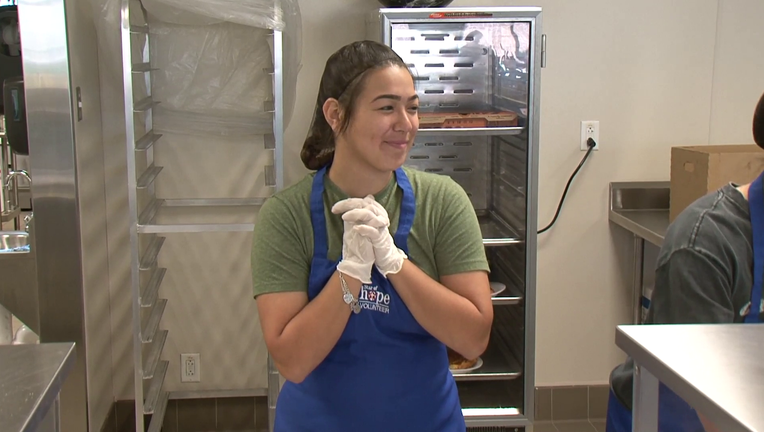 HOUSTON - A Houston high school senior skipped having a graduation party and instead treated around 200 homeless women and children to a pizza party.

On Sunday, Waltrip High School graduate Leanne Carrasco, her friends and her family hosted a lunch party for homeless residents at Star of Hope.

“I just want to be a blessing and show these beautiful women and children that no matter what, someone does care,” Leanne said.

They served 95 pizzas and handed out 410 hygiene bags with items like soap, toothpaste and deodorant.

Earlier this year, Leanne told her parents she didn’t want to spend a lot of money on a graduation party and wanted to do something different instead.

They reached out to the Star of Hope and planned for months.

“Parties, they don’t last that long, only a couple of hours. Probably, I won’t even remember it. But being able to give to these people, it means a lot,” Leanne said.

Those interested in donating to Star of Hope can do so here.