JetBlue is the first airline in the country to use ultraviolet light technology to combat the novel coronavirus on its aircraft.

PHOENIX - On Wednesday, JetBlue became the first airline to use a new ultraviolet light technology in its aircraft cleaning services in an effort to combat the novel coronavirus.

The airline is using Honeywell’s new UV Cabin System that claims to “traverse an aircraft cabin in less than 10 minutes” with ultraviolet light, and has been found to be capable of significantly reducing bacteria and viruses when properly applied.

JetBlue will be utilizing the system while continuing other cleaning methods.

“With the safety of our crew members and customers our first priority, JetBlue’s Safety from the Ground Up initiative is maintaining a layered approach to safety by ensuring healthy crew members, providing flexibility, adding space, reducing touch points and keeping surfaces clean and sanitized,” said JetBlue’s president and COO Joanna Geraghty in a press release. 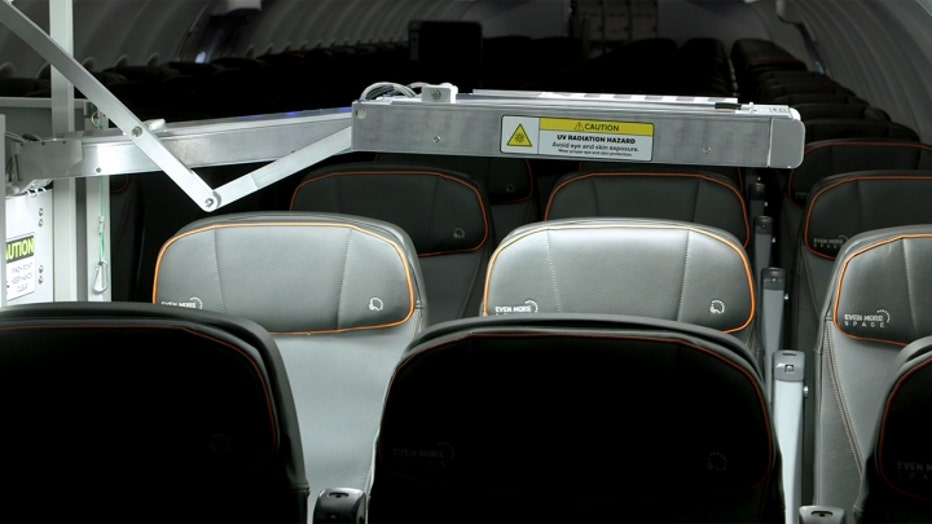 “As we look to add additional layers of protection by utilizing cutting-edge technology, we have identified the Honeywell UV Cabin System as a potential game changer when it comes to efficiently assisting our efforts to sanitize surfaces onboard.”

The UV Cabin System is about the same size as an aircraft beverage cart and has UV-C light arms that extend to sweep over the top of the seats and the cabin to clean the aircraft surfaces. 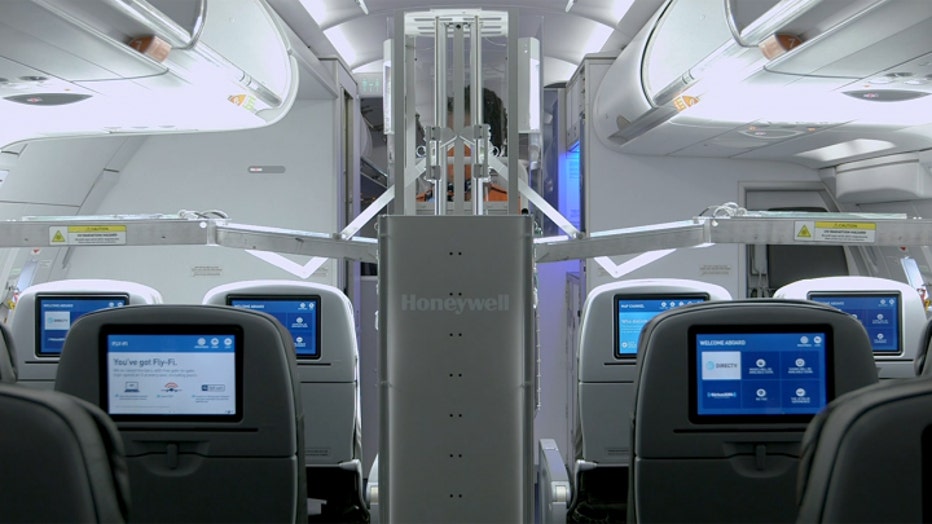 "JetBlue took an immediate interest in this new product when we demonstrated it for them just a few weeks ago, and now JetBlue is receiving our first systems," said Mike Madsen, Honeywell Aerospace president and CEO. "We've ramped up production quickly on the UV Cabin System, and our company is working on a range of solutions to help make passengers more comfortable about flying."