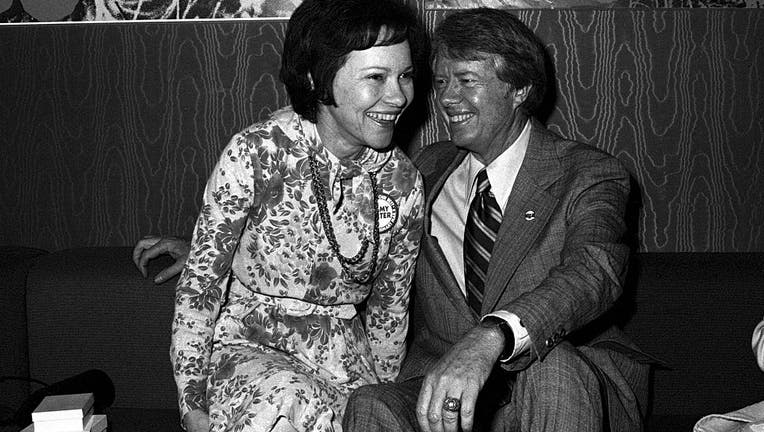 Rosalynn Smith started dating Jimmy, then a fresh-faced Navy recruit studying at the U.S. Naval Academy in Maryland, at a freshman in college.

One year later, on July 7, 1946, she walked down the aisle of Plains Methodist Church in their hometown and said "I do."

The humble ceremony would blossom into a life of civil service from the Gold Dome of Georgia to the White House and beyond. 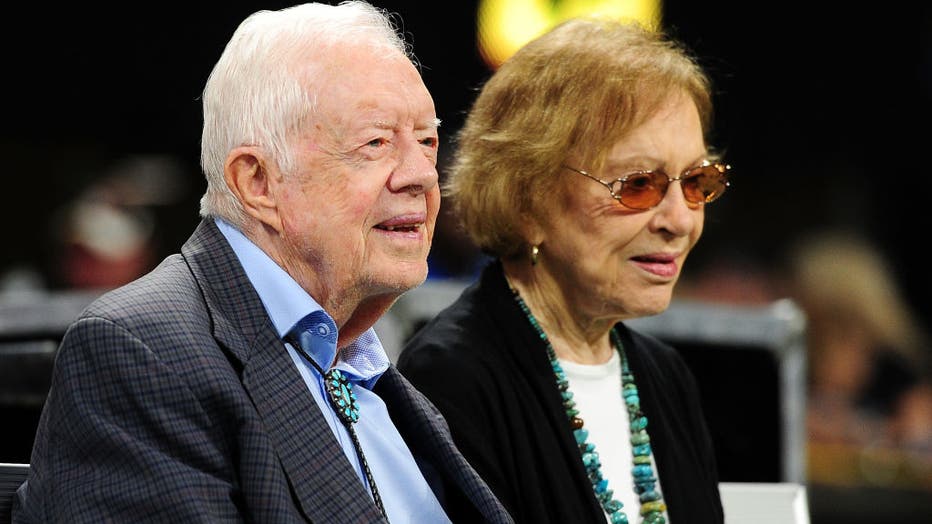 According to the Jimmy Carter Library, on his 75th birthday, Carter was asked to name the most important thing he had ever done. His reply: "Marrying Rosalynn."

The couple has recently stayed by each other’s side as they battled back from health scares. Both remain active working with Habitat for Humanity and various activist causes through the Carter Center.

Recently, the couple spoke up in a statement against the death of George Floyd, calling for a spotlight to shine on the "immorality of racial discrimination,"

A few years ago, the Carters were caught on the “Kiss Cam” at the Atlanta Hawks game.

This anniversary makes the Carters the longest-married presidential couple in history, passing George and Barbara Bush who stayed together for 73 years.