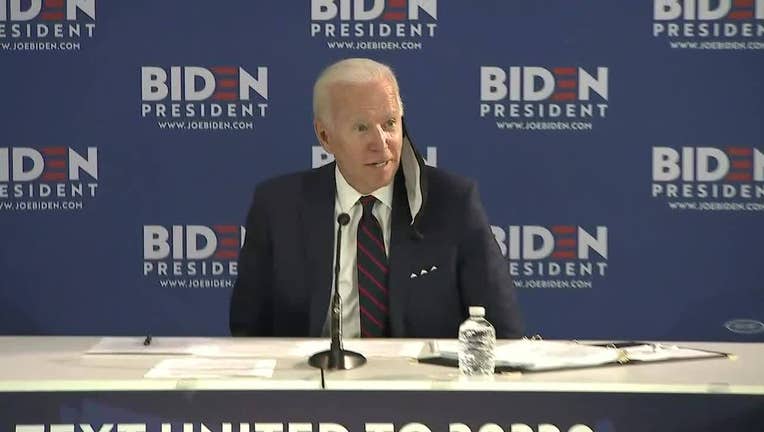 DARBY, Pa. - Joe Biden returned to the battleground state of Pennsylvania on Wednesday as the presumptive Democratic presidential nominee intensifies his criticism of the Trump administration’s handling of the coronavirus outbreak.

At a soul food restaurant and bar in the Philadelphia suburbs, Biden met with a handful of small-business owners for a socially distanced listening session to hear how the coronavirus pandemic has affected their businesses.

Sitting six feet apart from each other around tables outdoors, the local business owners expressed concerns over a lack of guidance from the federal government on reopening.

Scott Richardson, the owner of Occasionally Yours Cafe and catering company in Swarthmore, Pennsylvania, says he cut his workforce from 12 employees to four amid the pandemic. He told Biden that he voted for Trump in 2016, but now he says the president is more interested “in daytrading” than long range planning to combat the coronavirus.

Biden, in a hint of remarks to come, told the group that “no one" in the Trump administration ”is taking responsibility” during the outbreak.

Last week, Biden was in Philadelphia to unveil a multifaceted plan he said would gradually reopen the economy, increasing growth while not putting business owners or consumers at unnecessary risk. The former vice president promised that, if elected, he would guarantee testing for the virus and protective equipment to guard against its spread for people called back to work.

He also wants to use federal funds to ensure paid leave for anyone who falls ill, or cares for those who do, and to create a national contact tracing workforce or “job corps” of at least 100,000 to call people who test positive, track down their contacts and get them into quarantine.

Biden further proposed a “safe shopper” program meant to make returning consumers less wary of getting sick. His campaign hasn’t said how much all that would cost, however, and Biden himself even made a joking reference to being a “big-spending Democrat." But he countered, “If we don’t do this, we’re going to be in deep, deep, deeper trouble economically.”

The former vice president says Trump has repeatedly prioritized the economy and the standing of financial markets over the nation’s health, saying, “Trump has basically had a one-point plan: Open businesses.”

Trump’s reelection campaign argues that the Republican president issued “science-based” guidelines to jump-start the economy weeks before Biden did.

Biden’s Wednesday appearance is in Darby, near the Philadelphia airport and about half an hour’s drive from his home in Wilmington, Delaware.

Since ending two-plus months of exclusively virtual campaigning from home amid the pandemic on Memorial Day, Biden has attended gatherings with small crowds a couple of times a week. He's never strayed far from home, though, except when he headed to Houston to meet with the family of George Floyd — whose death in police custody in Minnesota has sparked weeks of protests around the country on racial inequities.

Still, Pennsylvania is important because exceedingly narrow victories in the state as well as in Michigan and Wisconsin clinched the White House for Trump in 2016.

Biden's campaign has pledged to resume a normal campaign schedule that will take him around the country, but not before authorities and health officials deem it safe. Trump will be in Tulsa, Oklahoma, for his first major campaign rally in months on Saturday — though he doesn't take questions from voters at such events.

Tim Murtaugh, a spokesman for the president’s reelection campaign, slammed Biden for preferring “campaigning from the comfort of his basement” rather than “traveling the country meeting voters and making the case for his candidacy.”

“These events have been either tightly controlled or covered by press in a pool arrangement,” Murtaugh wrote of the former vice president's recent stops. “At what point will Biden subject himself to the scrutiny American voters deserve when considering the next President of the United States?” 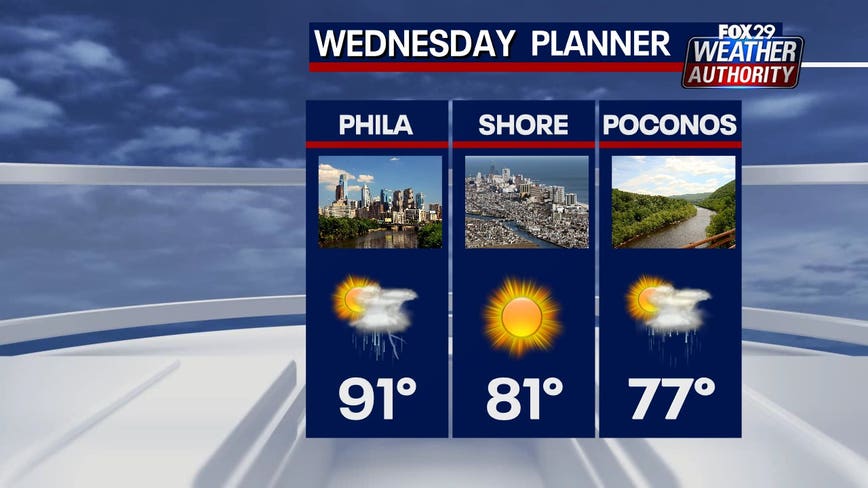