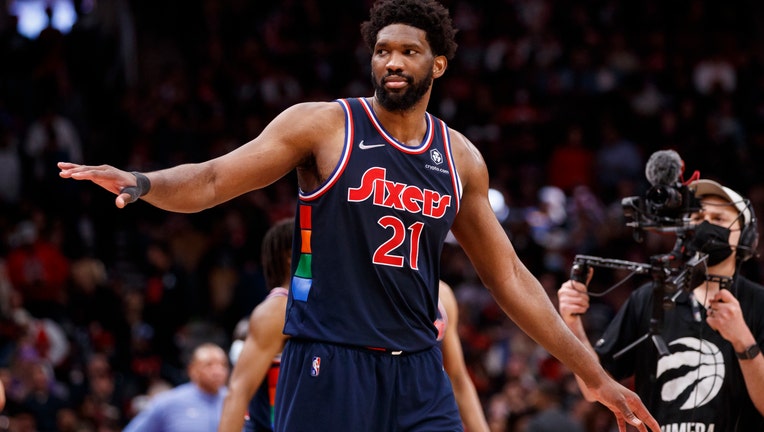 TORONTO, ON - APRIL 28: Joel Embiid #21 of the Philadelphia 76ers celebrates during second half of Game Six of the Eastern Conference First Round at Scotiabank Arena on April 28, 2022 in Toronto, Canada. NOTE TO USER: User expressly acknowledges and

PHILADELPHIA - Joel Embiid has a right orbital fracture and a mild concussion and the Philadelphia 76ers said Friday night that the MVP finalist is out for the foreseeable future.

Embiid was injured late in Philadelphia’s victory at Toronto on Thursday night, when the 76ers were closing out the Raptors and finishing off a six-game win in an Eastern Conference first-round series.

That win sent fourth-seeded Philadelphia into the East semifinals against top-seeded Miami, a matchup that begins Monday night.

But Embiid’s status is now very much in doubt. A similar fracture, to his left orbital bone, kept him out for about three weeks — spanning 10 games, including two playoff games against the Heat.

He was already playing through a right thumb injury in these playoffs, but led the 76ers to the Round 1 win regardless.