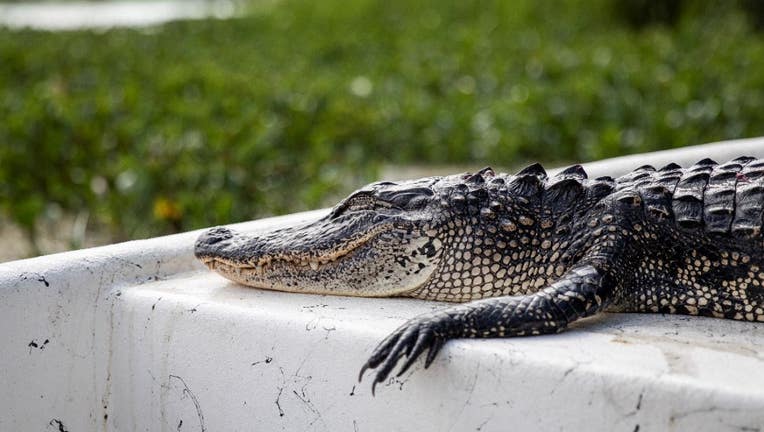 NEW ORLEANS - A federal judge has temporarily blocked a California law banning the import and sale of alligator and crocodile products.

“The temporary restraining order is the first step in protecting Louisiana’s alligator industry, which creates jobs, supports our economy and contributes to much-needed coastal restoration efforts,” Louisiana Gov. John Bel Edwards said in a news release Friday from the state Department of Wildlife and Fisheries.

Both sides agreed to the temporary order, the California federal judge wrote. It was signed Sunday and made public Monday in online court records.

Mueller noted that California is not conceding anything by agreeing to the temporary restraining order and may continue to enforce laws barring the importation of alligator and crocodile bodies and body parts that are forbidden under the Endangered Species Act.

American alligators were removed from the U.S. endangered species list in 1987. The alligator business has played a key part in bringing back the animals and is important in protecting marshes and swamps and other species that depend on wetlands, according to Louisiana’s lawsuit.

The big reptiles don’t breed well in captivity, so farmers get permits to collect eggs from the big heaps of plants that alligators pile up as wetland nests. When the alligators hatched from those eggs are 3 to 5 feet (0.9 to 1.5 meters) long, the number that would have survived to that length in the wild must be returned to the wild, where most hatchlings get eaten if the eggs don’t get eaten first.

“California has nevertheless attempted to destroy the market for American alligator products notwithstanding the fact that no such alligators live in California,” the lawsuit said.

According to The Times-Picayune/the New Orleans Advocate, California banned alligator skins and meats in the 1970s but repeatedly issued exceptions that allowed sales. The most recent exemption expires on Jan. 1 and this time California’s legislature did not pass another exemption. The alligator ban was backed by a coalition of animal rights and environmental groups.

Louisiana has nearly 3 million alligators in the wild and on farms, and more than 300,000 are harvested each year, officials say.

The lawsuit argued that the state has no control over privately owned coastal wetlands, which make up most of the total. However, it said the alligator business creates an incentive to protect areas where gators live.

California’s ban would leave landowners unable to continue erosion control, “resulting in irreparable harm to their property as well as harm to Louisiana’s sovereign environmental interests in wetland preservation,” the suit argued.

“I hope the courts will understand the unique combination of the industry’s effort to care for the alligator population and the need to be good stewards of the environment where the alligators live,” said Jack Montoucet, secretary of the Louisiana Department of Wildlife and Fisheries.