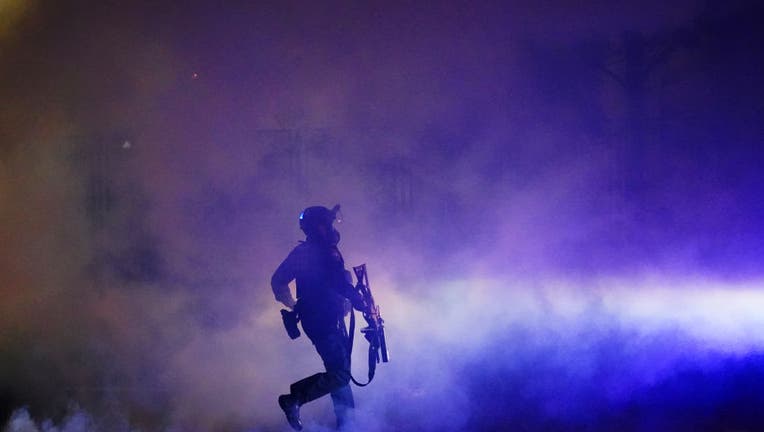 A federal officer runs through tear gas while dispersing a crowd of about a thousand protesters in front of the Mark O. Hatfield U.S. Courthouse on July 24, 2020 in Portland, Oregon. (Photo by Nathan Howard/Getty Images)

PORTLAND, Ore. - A U.S. judge on Friday denied an order sought by Oregon’s top law enforcement officer to restrict federal agents' actions when they arrest people during nightly protests that have roiled Portland and pitted local officials against the Trump administration.

Demonstrators in the progressive city have taken to the streets to oppose racial injustice since George Floyd’s death by Minneapolis police two months ago, and they have often spiraled into violence. President Donald Trump said he sent in federal agents early this month to quell the unrest despite outcry from Democratic leaders in Oregon. Federal agents have arrested dozens of people.

U.S. District Judge Michael Mosman said the state lacked standing to sue on behalf of protesters because of the lawsuit was a “highly unusual one with a particular set of rules.”

The state sued on behalf of its residents and was seeking a restraining order not for injuries that had already happened but to prevent injuries by federal agents in the future. That combination makes the standard for granting such a motion very narrow, and Oregon did not prove it had standing in the case, Mosman wrote.

Legal experts who reviewed the case before the ruling warned that he could reject it on those grounds. A lawsuit from an individual who alleged federal agents violated their freedom of speech or rights against unconstitutional search and seizure would have a much higher chance of success, Michael Dorf, a professor of constitutional law at Cornell University, said ahead of the ruling.

President Donald Trump said he will send federal agents into Chicago and Albuquerque to help combat rising crime, part of a larger strategy amid the pandemic and upcoming election.

The clashes in Portland have further inflamed the nation’s political tensions and triggered a crisis over the limits of federal power in states as Trump moves to send U.S. officers to other Democratic-led cities to combat crime. It’s playing out as Trump pushes a new “law and order” reelection strategy after the coronavirus crashed the economy.

Protesters in Portland have been targeting the federal courthouse, setting fires outside and vandalizing the building that U.S. authorities say they have a duty to protect. Federal agents have used tear gas, less-lethal ammunition that left one person critically injured and other force to scatter protesters, and they have made arrests.

David Morrell, an attorney for the U.S. government, called the motion “extraordinary” and told the judge in a hearing this week that it was based solely on “a few threadbare declarations” from witnesses and a Twitter video. Morrell called the protests “dangerous and volatile.”

Before the aggressive language and action from federal officials, the unrest had frustrated Mayor Ted Wheeler and other local authorities, who had said a small cadre of violent activists were drowning out the message of peaceful protesters. But the Democrat says the federal presence is exacerbating a tense situation and he’s repeatedly told them to leave.

Wheeler, who was tear-gassed as he joined protesters this week, has faced opposition from all sides, for not bringing the protests under control before federal officers arrived and for standing by as Portland police used tear gas and other tactics.

Homeland Security acting Secretary Chad Wolf denied that federal agents were inflaming the situation in Portland and said Wheeler legitimized criminality by going to the front of the crowd where fires were lit and people were trying to pull down the protective fence outside the federal courthouse.

In the lawsuit, Oregon had asked Mosman to command agents from the U.S. Department of Homeland Security, the Customs and Border Protection, the Federal Protective Service and the U.S. Marshals Service to stop detaining protesters without probable cause, to identify themselves before arresting anyone and to explain why an arrest is taking place.

U.S. agents have arrested 18 people in Portland this week, not including arrests made early Friday, when federal officers again used tear gas to force thousands of demonstrators from crowding around the courthouse. Protesters projected lasers on the building and tried to take down a security fence. They scattered as clouds of gas rose up and agents fired crowd control munitions.

Wolf said Tuesday that 43 people had been arrested on federal charges at that point.

The protesters who were arrested face federal charges including assaulting federal officers, arson and damaging federal property, U.S. Attorney Billy J. Williams said. All the defendants are local, and they were released after making a court appearance.

U.S. officers “working to protect the courthouse have been subjected to nightly threats and assaults from demonstrators while performing their duties,” according to a statement from Williams' office.

The Oregon attorney general's motion was one of several lawsuits against authorities’ actions. A different federal judge late Thursday blocked U.S. agents from arresting or using physical force against journalists and legal observers at demonstrations.

U.S. Judge Michael Simon had previously ruled that journalists and legal observers are exempt from police orders requiring protesters to disperse once an unlawful assembly has been declared. U.S. lawyers intervened, saying journalists should have to leave when ordered. 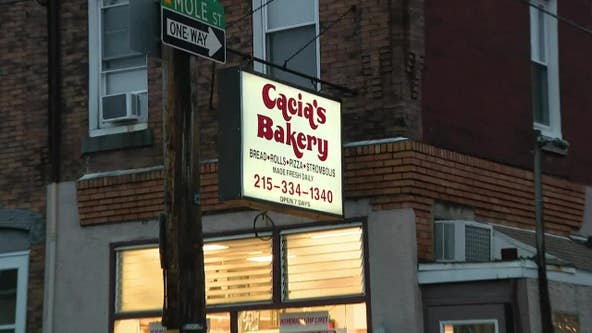 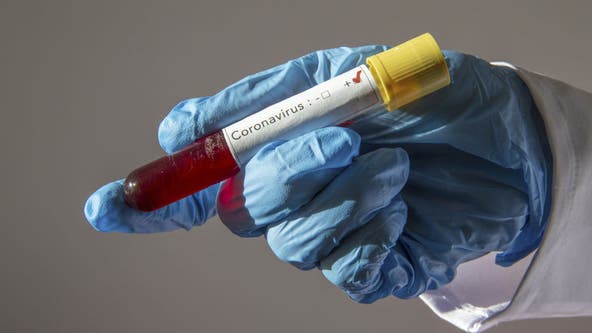 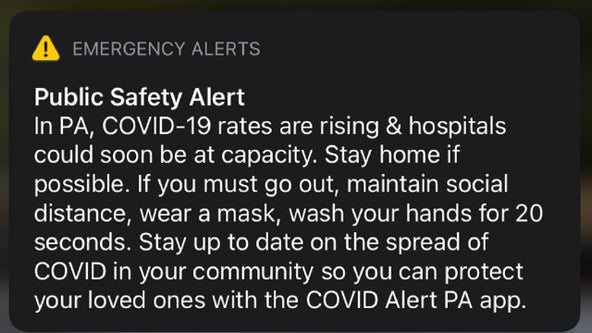 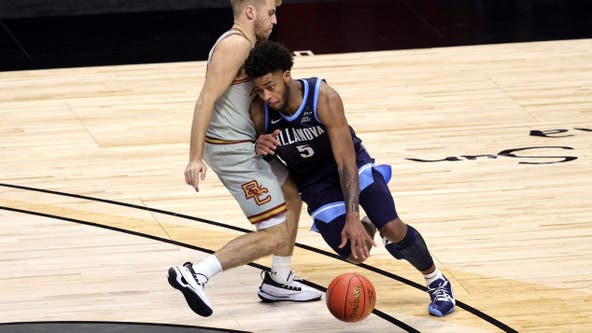