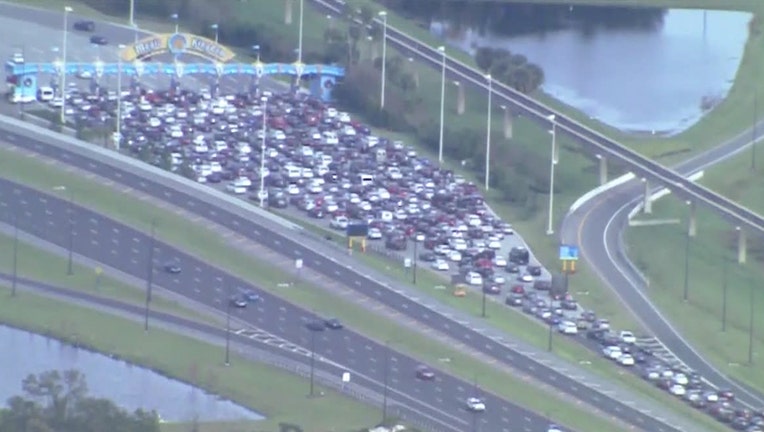 ORLANDO, Fla. - Looking for plans for New Year's Eve? The theme parks may not be your best choice.

Theme parks in Central Florida are packed as crowds look forward to ringing the New Year in tonight with fireworks, rides, and fun.

Claire McElwain captured video of the long waits on the morning of New Year's Eve.

Massive crowds could be seen in the parks as well.

Wait times at the Walt Disney World parks reached up to 180 minutes for some attractions.

Even Fastpass queues built up quickly, with several videos surfacing of lines stretching outside of their usual queues.

Walt Disney World is holding New Year's Eve festivities throughout all its parks.

If you are unable to make it, they will stream their “Fantasy in the Sky Fireworks” live from Magic Kingdom at 11:45 p.m. on December 31st.

Universal Orlando Resort is also packed for New Year's Eve, with wait times breaking past three hours for some rides.

Universal is also holding their 'Eve' celebrations at CityWalk. It is a separately ticketed event and includes gourmet cuisine and signature drinks with access to five CityWalk clubs, live bands, and DJs. Only those 21 and up can attend.

SeaWorld Orlando will ring in the New Year with a musical celebration and fireworks.