According to investigators, the pair first met on Instagram approximately two months ago and mostly communicated online.

UTICA, N.Y. - A 21-year-old man in New York allegedly killed a 17-year-old girl and posted photos of her body online before attempting to take his own life as officers swarmed the scene, police said.

According to police, Clark posted pictures of the girl’s corpse online after he allegedly cut her throat, leading to images being widely circulated on platforms like Instagram, 4chan and Discord. 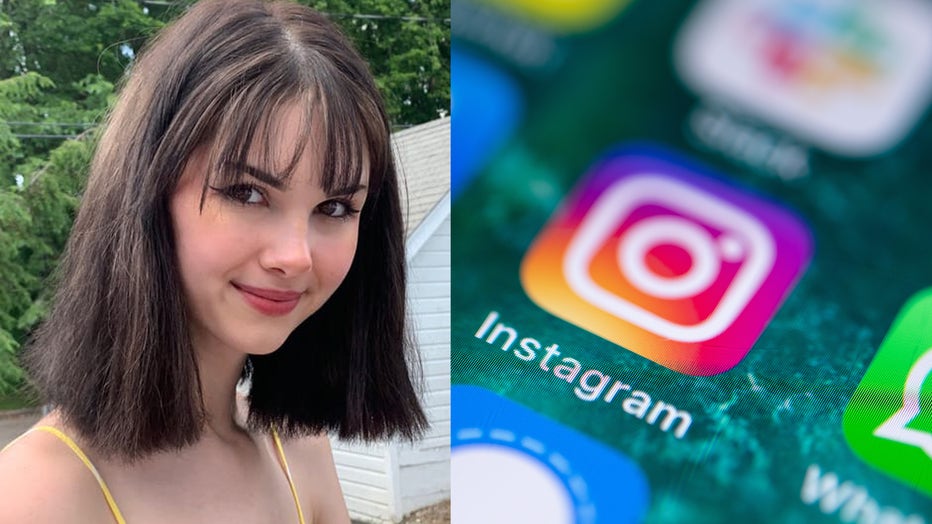 Bianca Devins is pictured in an undated photo provided by family, alongside the Instagram app displayed on the screen of a cell phone. (Photo credit: Provided by Williams-Devins Family and Fabian Sommer/picture alliance via Getty Images)

On Saturday evening, police said the two had planned to go to a concert together in New York City and arrived around 7:30 p.m. They left the concert and drove back to Utica sometime after 10 p.m., police said — adding that investigators believe the pair got into “some sort of argument” at the venue.

Authorities said the argument is believed to have escalated until Clark allegedly pulled out a large, black-handled knife and slit her throat, killing her.

During this time, investigators also believe that he took photos of her body and posted them online. Members of the gaming chat platform Discord saw the images Sunday morning and called police, authorities said.

Around 7:30 a.m. Sunday, officers were attempting to locate the teen when Clark then called 911 himself and “made incriminating statements” about the murder and alluded to the fact that he was going to harm himself, the Utica Police Department said in a news release.

Police tracked his location to a dead-end street in Utica and found a black SUV with Clark lying on the ground beside it. Clark then stabbed himself in the neck as an officer approached him, according to authorities.

Clark then lay down across a tarp that was on the ground, and an officer noticed brown hair protruding from beneath the tarp and asked where Devins was, police said. Clark told police she was under the tarp, and then took selfies and posted it online, according to police.

After a brief struggle, officers took Clark into custody and he was transported to an area hospital for emergency surgery. Police said his injuries were “severe,” but he was expected to survive.

Devins’ body was found under the tarp, She had suffered “extensive injuries" to her neck. Police said evidence was found around her body, as well as in the SUV.

According to the Utica Police Department, Clark and Devins first met on Instagram approximately two months ago and mostly communicated online. An investigation revealed that the two had “spent time together and were acquainted with each other’s families,” police said in the release.

A woman who identified herself on Instagram as Devins’ sister shared early photos of the pair together and said she did “not want false information being spread around,” according to Syracuse.com. Her post echoed what police said in that Devins’ and Clark “knew each other in real life, had a relationship and that he was a trusted family friend,” according to the news site.

“We offer our condolences to the family of Bianca Devins and are assisting in every way we can,” the Utica Police Department said in the release.

On Tuesday, the Devins family released a statement that said the teen was “taken from us all too soon.”

“We are very grateful for the outpouring of love and sympathy we have received from our Friends, Family, Bianca’s Friends and the whole community. Your prayers help to strengthen us through this difficult time,” the statement reads.

“Bianca, age 17, was a talented artist, a loving sister, daughter, and cousin, and a wonderful young girl, taken from us all too soon. She is now looking down on us, as she joins her cat, Belle, in heaven. Bianca’s smile brightened our lives. She will always be remembered as our Princess.”

The family said Devins graduated from Thomas R. Proctor High School in June and was looking forward to attending Mohawk Valley Community College in the fall.

An additional statement said online fundraisers purporting to raise money in the teen’s name were not legitimate. The Devins family said they have not set up or authorized any fundraisers, but did plan to set up a donation site in Bianca’s name as a scholarship program for local students.

Meanwhile, images allegedly shared by Clark were widely circulated on Instagram and other online platforms. Clark reportedly used the Instagram handle @yesjuliet and updated his story leading up to the alleged murder.

Instagram had blocked the hashtag #yesjuliet for attempting to spread the image of the girl’s body, according to Fox News.

“Our thoughts go out to those affected by this tragic event. We are taking every measure to remove this content from our platforms,” Instagram spokeswoman Stephanie Otway told Fox News.

Some Instagram users shared artwork and other images of the teen under related hashtags in an attempt to drown out the gory photos.

“We can confirm that the images distributed of both the victim and the offender’s injuries are authentic and occurred at the time of the incident,” the Utica Police Department said. “We are actively working with the various social media platforms to address the sharing and distribution of these images.”