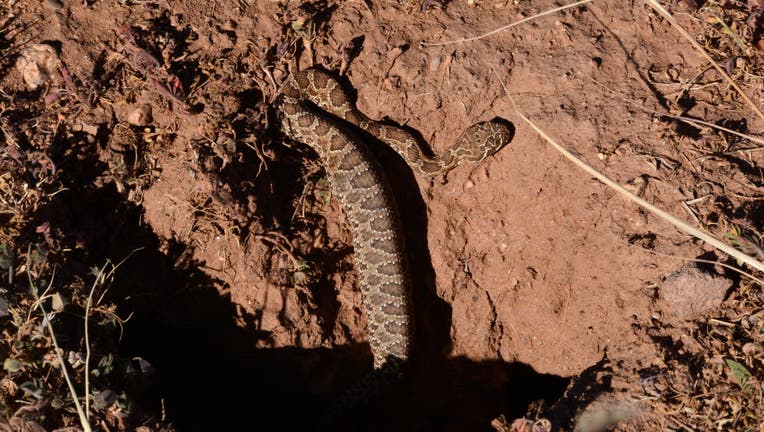 PECOS, NEW MEXICO - OCTOBER 16, 2020: A prairie rattlesnake exits a hole in Pecos National Historical Park in Pecos, New Mexico. The site is managed by the National Park Service which has posted signs warning visitors of the presense of rattlesnakes.

RIVERSIDE COUNTY, Calif. - A Riverside County man was injured after being bitten by a rattlesnake.

The man tried to pick up the poisonous snake with barbecue tongs and was bit on his left hand near this thumb, according to Riverside County Animal Services.

Firefighters responded to a property on Elderberry Lane in Sycamore Creek around 5:15 p.m. Saturday and treated the victim before transporting him to the hospital.

The victim told officials he was trying to remove the snake to protect the children in the area. Animal Services are advising people to not use cooking utensils when dealing with dangerous reptiles.

"He told me that he was feeling remarkably well," Animal Services spokesman John Welsh said. "He said he definitely felt that he had dodged a bullet."

Rattlesnake bites are painful and in rare cases can be fatal.

Officials say the snake was then euthanized after it was determined that it was not safe to release the snake near the community.

"We try to release rattlesnakes within one mile of where we remove it from, but it was highly likely this snake might end up in one of the adjacent homes again," said Officer Mike McGee. "I didn’t believe a routine release would be safe this time."

The number of rattlesnake sightings have gone up as temperatures continue to climb. Officer McGee has responded to at least four calls in the past couples of weeks and safely removed and released two rattlesnakes.

Riverside County Animal Services has information on what the public can do if they encounter a rattlesnake. 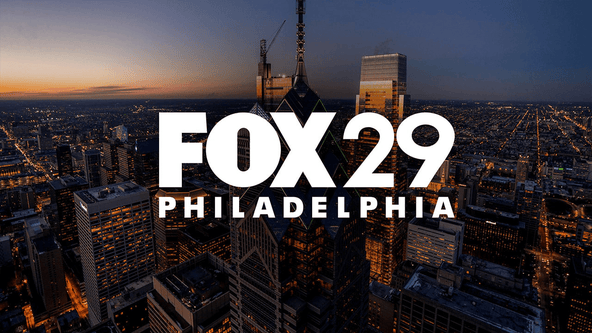