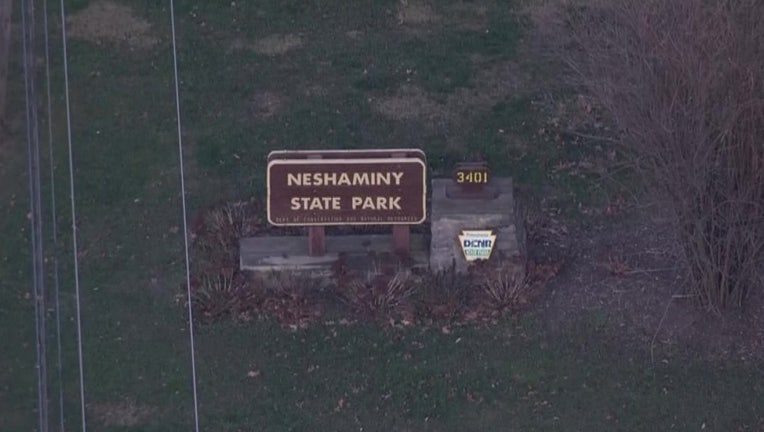 BENSALEM, Pa. - Pennsylvania State Police say they have arrested a 20-year-old man and charged him with the murder of a woman who was found dead in a Bucks County park earlier this year.

Andrew D. Jennings. 20, has been charged with murder, abuse of corpse, possession of an instrument of crime, and related charges in the death of his aunt - 50-year-old Lisa Jennings.

Troopers responded to Neshaminy State Park for a report of an unresponsive person back on the morning of Jan. 8. When investigators arrived on the scene, they found the body of a woman, later identified as Lisa Jennings, with multiple stab wounds around her neck.

An autopsy later determined that Jennings died as a result of multiple stab wounds to the head and neck area the manner of death was determined to be homicide.

Investigators then obtained a search warrant for a home on the 2100 block of East Cambria Street in Philadelphia and say they found evidence that Jennings had been killed inside the residence.

Through further investigation and additional warrants, authorities determined that Andrew Jennings traveled from the residence to Neshaminy State Park in the early morning hours of Jan. 8.

Andrew Jennings was arrested on Jan. 11 for a probation violation, and later charged with murder in Lisa Jennings' death. Authorities believe he acted alone and say no one else is being sought.