FOX 29's Lauren Johnson reports from Philadelphia Police Headquarters after a double shooting in West Philadelphia left one man dead and one woman in critical condition.

WEST PHILADELPHIA - Police are investigating after a double shooting in West Philadelphia left one man dead and a woman critically injured overnight.

The incident occurred around 11:45 p.m. on the unit block of North Robinson Street.

Responding officers found both victims unresponsive and bleeding heavily after suffering gunshot wounds to the face. The 38-year-old man was rushed to the hospital, where he was pronounced dead a short itme later.

Police said the man, who has yet to be identified, lived three blocks away from where he was gunned down. A single shell casing was recovered next to his body. 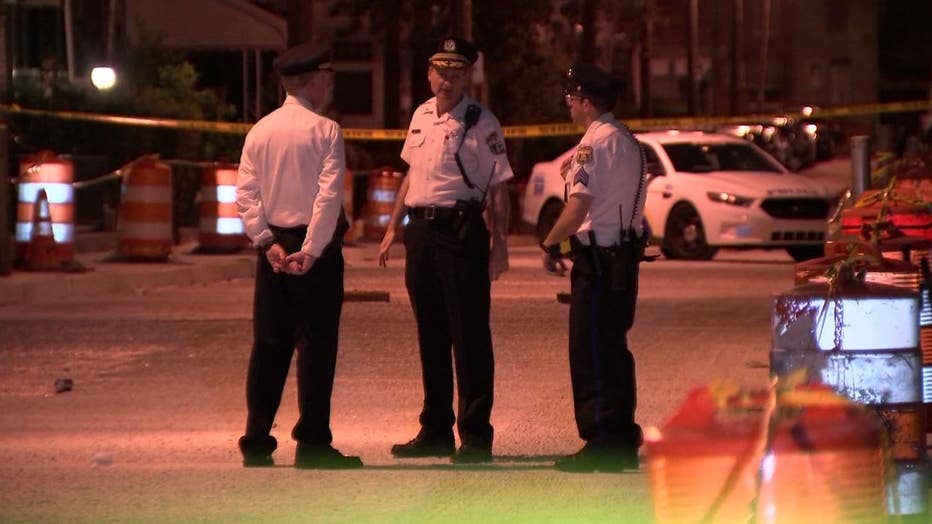 A 38-year-old man is dead and a woman is critically wounded after a double shooting in West Philadelphia.

The 32-year-old woman was shot at least once in the face and hospitalized in extremely critical condition. Two shell casings were discovered next to her body.

Police believe the shooter fired their weapon at close range to both victims. Two men were reportedly seen walking away after the shooting, with one placing a handgun in his pants.