A man is in custody after police said snatched a purse from a woman and struck 2 people in Kensington.

PHILADELPHIA - A U-Haul driver who snatched a purse lost control of the vehicle and struck two people before fleeing the scene in Kensington, according to police.

It happened at Cecil B Moore Avenue and Front Street around 6:45 p.m. Thursday.

Investigators say the driver of the U-Haul started circling around Independence Bar as people were eating outside. At one point, police say he reached out the window and grabbed a purse.

He lost control of the U-Haul and slammed into a 26-year-old man sitting on a motorcycle. The driver then slammed into a wooden fence before striking a 62-year-old diner. The two men suffered minor injuries. 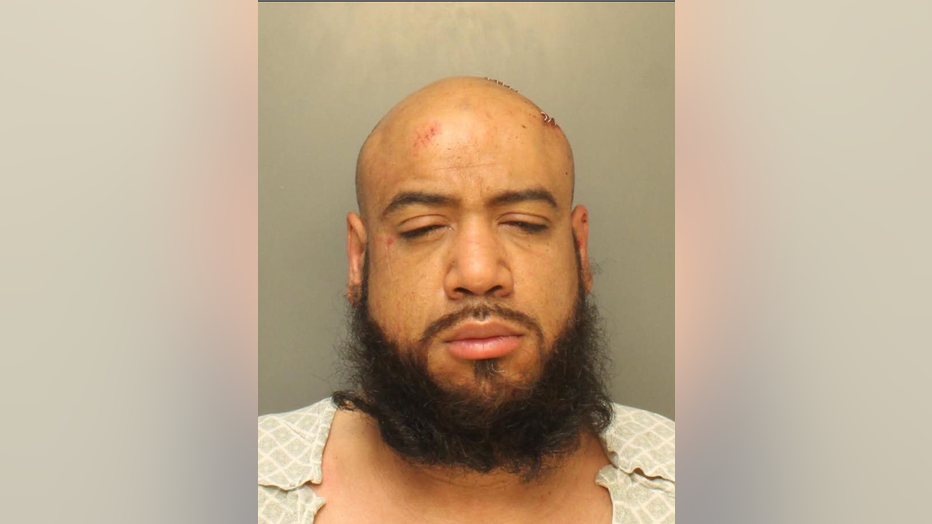 The driver fled the scene.  A police helicopter spotted the driver a short distance away on the 200 block of West Birch Street.

It didn’t end there, the man struck a police cruiser with two officers inside and a second car before police had to use a Taser on the 43-year-old driver, according to police.

The officers were not hurt.

The suspect has been identified as 43-year-old Benigno Melendez. He has been charged with theft and unlawful taking. Police say the AID is also investigating so further charges could be pending.

Investigators say the driver of the U-Haul started circling around a restaurant as people were eating outside. At one point, police say he reached out the window and grabbed a purse before losing control.

Editor’s Note: The original story said the driver intentionally struck the people. Police later clarified he lost control of the U-Haul after taking the purse.