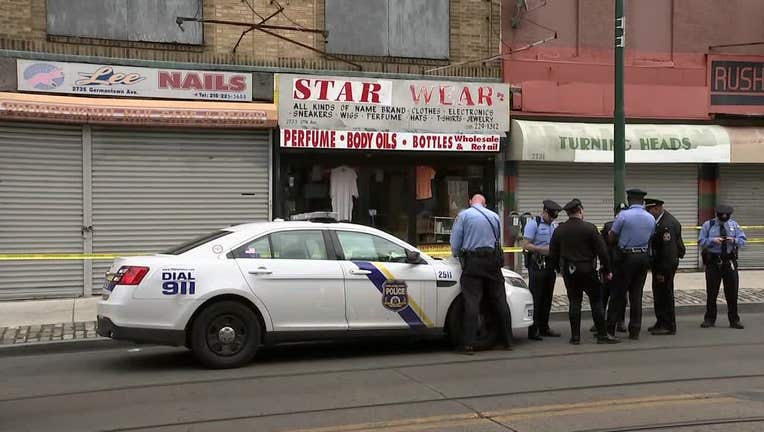 Police investigate a shooting that reportedly took place during an attempted robbery and left a man in critical condition in North Philadelphia.

NORTH PHILADELPHIA - A man in his twenties was shot multiple times and killed during an attempted robbery in North Philadelphia.

According to officials, police were called to the 2700 block of Germantown Avenue just before 4:30 Saturday afternoon for an attempted robbery at a store.

Police arrived to find a man in his twenties shot multiple times throughout his body.

The man was transported to Temple University Hospital where he was listed as critical, but succumbed to his injuries and died.

Authorities indicate the store owner was talking with officials. The weapon was recovered.