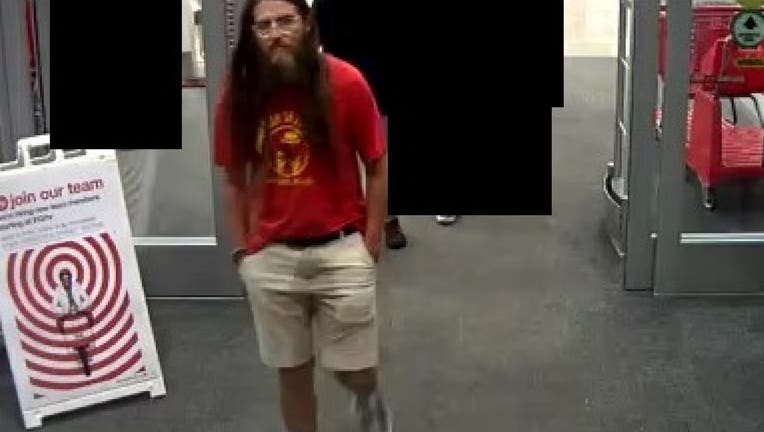 MANHIEM TOWNSHIP, Pa. - (FOX NEWS) -- Kinda makes you long for the days when people only dared to lick tubs of ice cream or spit into soda bottles.

Police in Pennsylvania are asking for the public’s help in apprehending a man who urinated all over a Starbucks inside the Target department store in Manheim Township before fleeing the scene.

Officials say that during the incident, which took place at 9:45 p.m. on Saturday, the man walked “behind the counter of the employee section, and urinated into a sink and onto several pieces of merchandise.” The public information officer at the Manheim Township Police Department confirmed to Fox News that the merchandise included several boxes filled with cups and coffee filters.

The suspect then fled the scene, but not before his image was captured by a surveillance camera.

Authorities shared an image of the suspect, asking the public to “note the wet spot observable on the male’s shorts.”

Manheim Township police say the suspect had yet to be positively identified as of Tuesday morning, despite several tips. Anyone with information is urged to contact the Manheim Township Police Department at 717-569-6401 or submit a tip via the police department’s Crime Watch webpage. Starbucks had no further comment on the incident.

As horrendous as the suspect’s action sounds, it wouldn’t be the first incident this year of someone urinating where they really, really shouldn’t.

In July, a woman in Florida was arrested for allegedly spitting and touching the wares at an ice cream shop before urinating into a bucket. Later that month, a woman was seen urinating on the potatoes at a Walmart in Pennsylvania, though she subsequently turned herself in.