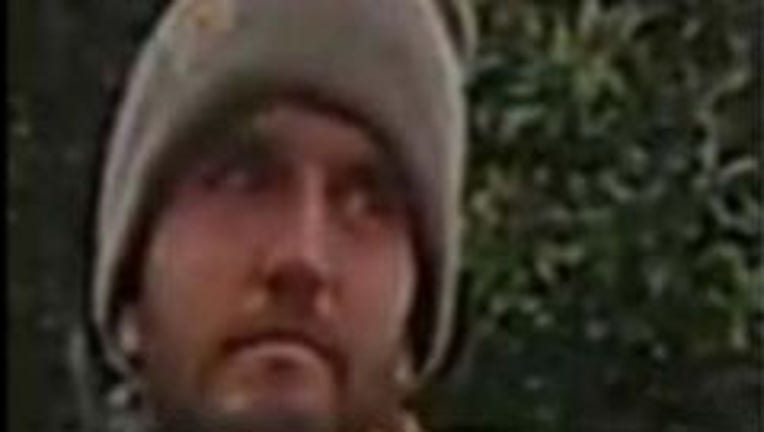 The FBI posted this photo of Isaac Steve Sturgeon. He was wanted for his involvement in the Capitol riots. (FBI)

NEW YORK - A man wanted for pushing a metal police barricade into officers and attempting to crawl under to reach the Capitol Building during a deadly riot earlier this year was arrested at JFK Airport, according to the FBI.

Isaac Steve Sturgeon was wanted for his involvement in the Capitol Riot including the obstruction of justice and obstructions of law enforcement during civil disorder.

On Jan. 6, Sturgeon, 32, of Dillon, Montana was repelled back after he pushed the barricade into cops, said the FBI. 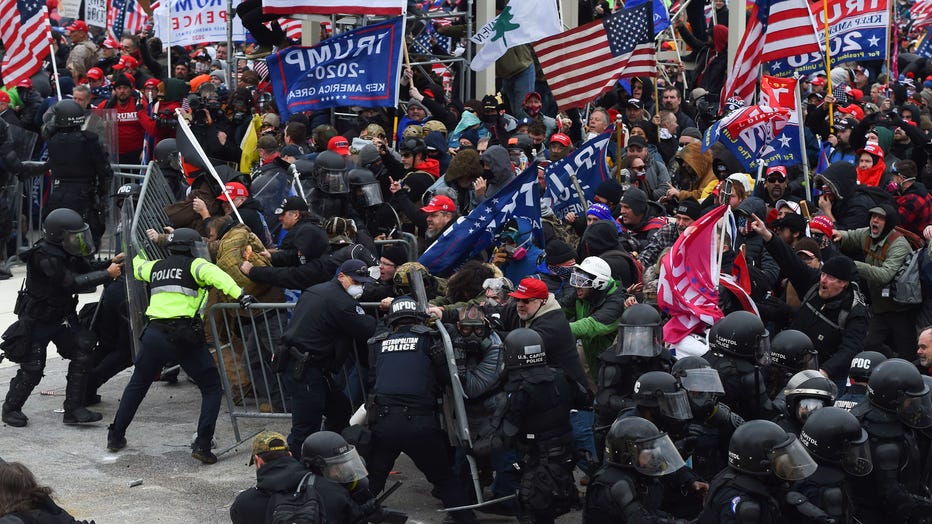 On Saturday, he was deported from Kenya where he had traveled to on Jan. 24. The FBI said he had purchased a return ticket for April 5.

The lawn care business owner was due in court Monday. He was one of several people who have been arrested in the aftermath of the storming of the U.S. Capitol while Congress was in session.

Minuta, 36, of Hackettstown, New Jersey, had been "equipped with military-style attire and gear, including apparel emblazoned with a crest related to the Oath Keepers," the FBI said, referring to the far-right antigovernment militia.

The New York Times identified Minuta as one of six people who provided security to former President Donald Trump’s longtime confidant, Roger Stone in the hours before the assault on the Capitol. Stone, who was pardoned after his sentence for several felony charges was initially commuted by Trump, was in Washington the day of the assault but has denied any involvement.

RELATED: ‘QAnon Shaman’ ordered to stay in jail while awaiting trial after appearing on ‘60 Minutes Plus’

Minuta, who was arrested at his tattoo shop in Newburgh, New York, told federal agents "something to the effect of: ‘Why am I being targeted here? Why aren’t you going after Antifa and Black Lives Matter members?'" Gianforti said.

The prosecutor said the statements suggest "a lack of remorse for his actions and an ongoing allegiance to the ideology that led him to break the law."

He accused Minuta of "screaming at Capitol Police officers on Jan. 6 and indeed spitting at their feet, which is one of the most disrespectful gestures that one can do."

Gianforti said Minuta had cancelled his phone account on March 1 and gotten rid of his iPhone while moving between a Texas dwelling and his New York business.

Ben Gold, Minuta's court-appointed attorney, said his client was not violent on Jan. 6. A magistrate judge agreed, letting him be freed on $150,000 bail despite the prosecutor's request he be held as a danger to the community and risk to flee.

"He’s not a flight risk. He’s not a danger to the community," Gold said.

Hundreds of Trump supports stormed the U.S. Capitol on Jan. 6, 2021. This is a look from inside. (Photos by The Associated Press)

The lawyer said a criminal complaint describing the charges say Minuta entered the Capitol forcefully, but yet the description afterward "doesn't say he used an ounce of force."

At least five people, including a Capitol Police officer, died as a result of the violence at the Capitol, and two other officers killed themselves after. More than 300 people have been charged with federal crimes.

A federal judge in Texas ruled Friday that a former Marine accused of dousing at least 15 police officers with a chemical spray outside the U.S. Capitol on Jan. 6 and bragging about it later on video will remain in custody, according to a report.

Federico Klein, a former State Department aide who was appointed by former President Donald Trump was arrested on Thursday by the FBI, in connection with the deadly Jan. 6 Capitol riots.

A spokesperson for the FBI’s Washington, D.C., field office confirmed the arrest, however, details on the charges against him have not yet been immediately disclosed.