A fire erupted inside a manhole overnight as PECO crews worked to restore a widespread electrical outage&nbsp;in Old City.

PHILADELPHIA - A fire erupted inside a manhole overnight as PECO crews worked to restore an electrical outage in Old City.

Officials say the fire started just after midnight on the 4th and Market Streets. PECO workers were trying to restore power on 3rd and 4th Streets between Market and Chestnut when the fire started.

Firefighters contained the blaze by 4:30 a.m., but flames and smoke could be seen billowing from the manhole. 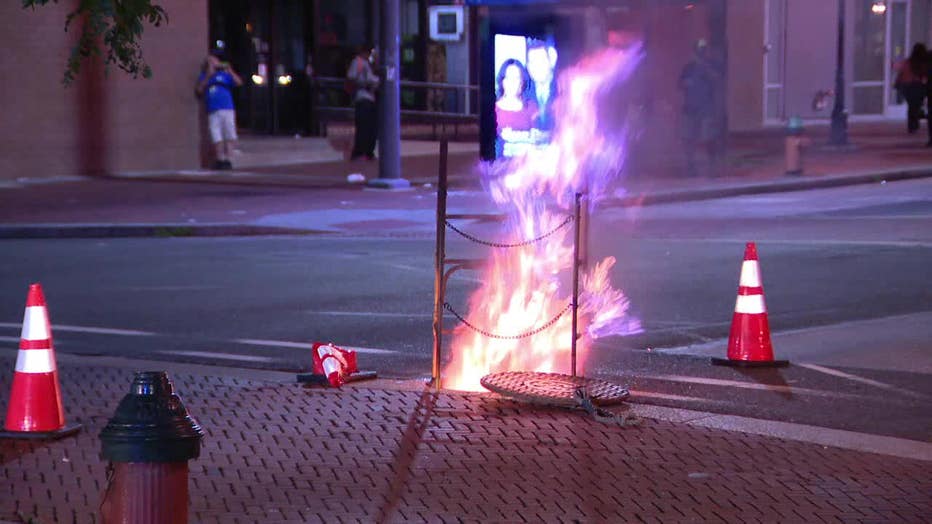 PECO officials announced shortly after 7:30 a.m. that the fire was completely extinguished. An estimated 400 customers were impacted.

Investigators will now work to piece together what caused the inferno.

As of 8 a.m. PECO says 70 customers are still without power. There is no estimated time for full restoration as crews continue to work on the problem.