LOS ANGELES - Media storage devices and other items were seized as a search warrant was served on the home of rocker Marilyn Manson in a months-long investigation of sexual assault and domestic violence, authorities said Tuesday.

Manson, 52, whose legal name is Brian Hugh Warner, was not at the Hollywood-area home when investigators searched it early Monday morning, the Los Angeles County Sheriff's Department said in a statement.

The Sheriff's Department began investigating Manson early this year after reports of sexual assault and domestic violence between 2009 and 2011 in West Hollywood, where he lived at the time.

The women involved were not identified, but several women have publicly alleged this year that they were physically, sexually and emotionally abused by Manson around the time of the incidents under investigation, and some have filed lawsuits. 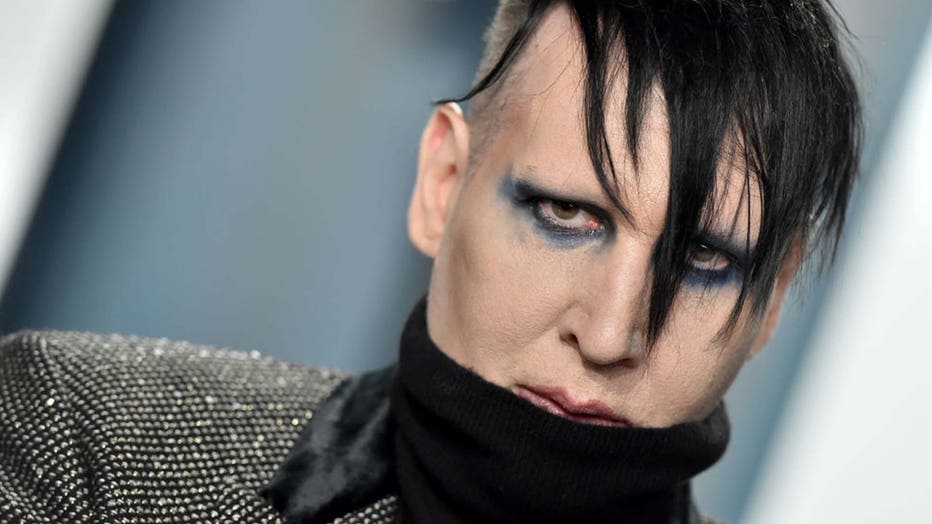 The search of Manson's home was first reported by TMZ.

The 52-year-old shock rocker's former fiancee, "Westworld" actor Evan Rachel Wood, named him as her abuser for the first time in an Instagram post in February.

In May, "Game of Thrones" actor Esmé Bianco sued Marilyn Manson in federal court, alleging sexual, physical and emotional abuse. Bianco says that Manson violated human trafficking law by bringing her to California from England for non-existent roles in music videos and movies.

Manson deprived Bianco of food and sleep, locked her in a bedroom, whipped her, gave her electric shocks and threatened to enter her room and rape her during the night, the lawsuit alleges.

Bianco's attorney said she also was interviewed by law enforcement.

And Manson's former assistant accused him of sexual assault, battery and harassment in her own lawsuit, saying he used "his position of power, celebrity and connections to exploit and victimize during her employment."

Manson emerged as a musical star in the mid-1990s, known as much for courting public controversy as for hit songs like "The Beautiful People" and hit album’s like 1996’s "Antichrist Superstar" and 1998’s "Mechanical Animals."