The 21-year-old first used a more traditional method, spraying the nest with Raid, a pesticide spray, according to a local newspaper.

STURBRIDGE, Mass. - In an attempt to remove a hornets’ nest, a Massachusetts man accidentally set his family’s roof on fire when he used fireworks to deal with the situation.

Dave Schmida, of Sturbridge, said he was visiting home from college when he noticed a large nest perched high on his family’s house, the Telegram & Gazette reported. He was reportedly trying to remove the nest when a corner of the roof caught on fire. 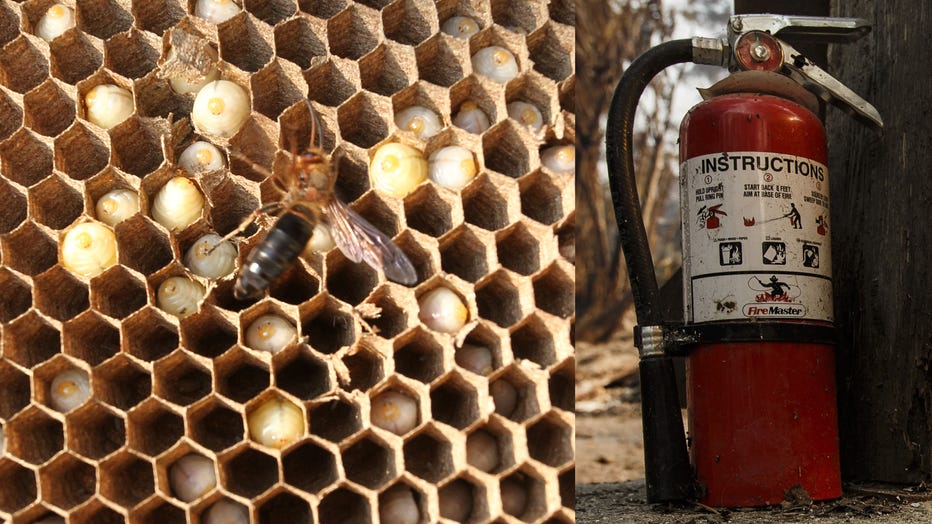 The 21-year-old first used a more traditional method, spraying the nest with Raid, a pesticide spray, according to the newspaper. When that didn’t work, Schmida reportedly turned to an unconventional method of shooting a Roman candle into the nest, three stories up.

His brother captured the incident on video and posted it to Twitter on Aug. 12 with the caption: “This was NOT the best way to take down a hornet’s nest.”

The video shows Schmida taking a few shots at the nest, which goes up in flames, along with the eaves.

“It went up immediately,” Schmida told the Telegram & Gazette.

Schmida then rushed upstairs and used a fire extinguisher to put out the fire. He can be seen in the video leaning out of a window. He told the newspaper the damage was minimal, with a few boards left slightly burned and a small hole in the house.

“I did get rid of the bees, so I would say mission accomplished," Schmida added.

Fireworks are illegal in Massachusetts for anyone without a professional license.