PHILADELPHIA, Pa. - Philadelphians are continuing to piece their city back together in the midst of active protests.

Shopping carts full of merchandise were pushed out of a South Philadelphia Target being closely monitored by two police officers. Community members that were planning on guarding stores from looters were no longer there.

“Yeah, I feel safer with the police here,” said Chantelle Sexton, a Target customer. “I heard them saying they want justice for George Floyd. I understand that. But they’re taking it too far it’s tearing up our city.” 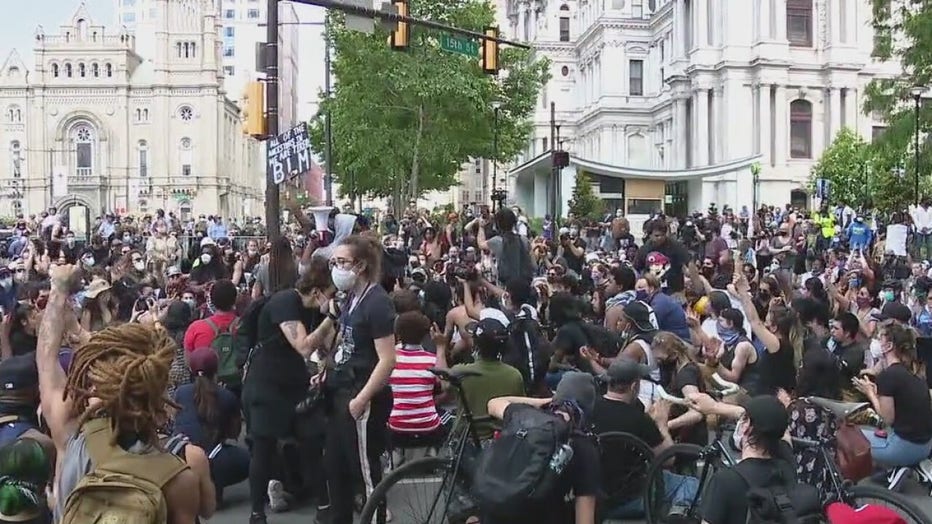 Protests in Philadelphia in response to the death of George Floyd.

P&F Giordano Italian Market, owned by Wally Giordano and family, has been in Philadelphia for a century. He and other merchants in the area have hired armed private security guards out of concern and the protection of their shops.

“I thought it was a good idea. It’s a changing world now, you never know what’s going to happen. We’ve been here for 100 years, and we want to continue to be here” Giordano said.

On Thursday, Mayor Jim Kenney called for reconciliation while promising that his administration would listen better. He announced the creation of a new committee that will help listen to residents and assist in their healing. The mayor said the goal is to address structural violence and poverty.

Many Philadelphians have differing opinions on how the city handled the various protests and riots. Even so, everyone agreed that the city- both politicians and citizens- have to do better.